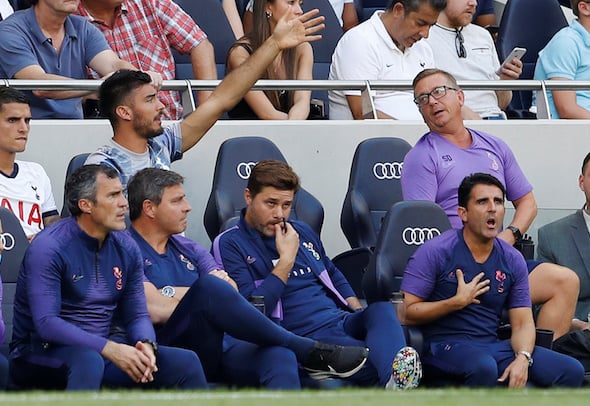 Danny Mills has warned Tottenham full-back Serge Aurier that he needs to prove he is mentally competent as a Premier League defender or face the axe under Mauricio Pochettino.

Speaking exclusively to Football Insider, the former Leeds United and Manchester City full-back says that the Ivory Coast international has all the footballing ability to be a success but that his lack composure and focus could see him dropped for Kyle Walker-Peters in the near future.

The 26-year-old made his first appearance of the season against Crystal Palace on Saturday and helped clip the wings of the Eagles with an assist on the way to a 4-0 victory.

However, having come under fire for defensive lapses and poor positioning in the past, Mills insists that Aurier’s problems lie in his head rather than at his feet and that he needs to solve those issues if he wants to stay in the starting XI.

“The Premier League is ruthless, you can’t give away chances. You give away chances and quite often the team put it in the back of the net. He’s an Ivorian international. He’s got the ability.

“He needs to realise if he doesn’t start to do the defensive side of the game and isn’t a little bit more defensively switched on, he’s not going to play because Walker-Peters is going to come back in.”

Walker-Peters started the season as Mauricio Pochettino’s first-choice right-back, Aurier forced to sit on the bench as an unused substitute, but the English youngster was forced to the sidelines through a minor injury problem.

Saturday’s appearance against Palace was the Ivorian’s 42nd outing for Spurs and 26th Premier League game, having joined from PSG back in 2017.

Aurier has been left out of the Tottenham squad for their Champions League opener away to Olympiakos tonight.

In other Tottenham news, Mills has told Football Insider that he has been astounded by the “incredible” attitude of one Spurs star.