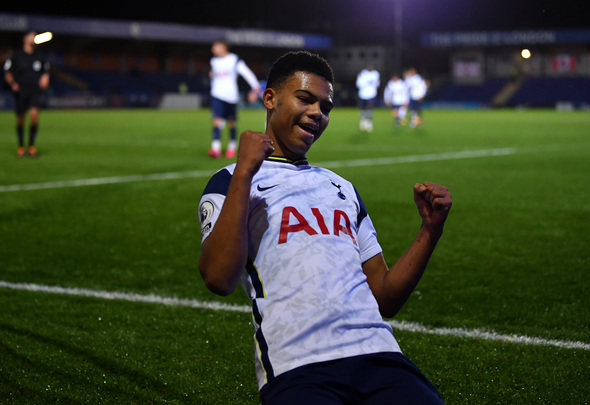 Paul Robinson has heaped praise on the “amazing” academy at Tottenham after Dane Scarlett signed his first professional contract.

Speaking exclusively to Football Insider, the former White Hart Lane number one said the 17-year-old has “a huge future ahead of him” and suggested he could go out on loan next season.

Spurs announced on Sunday that the teenage striker’s first professional contract “had been formalised” and would run until the summer of 2023.

Proud moment for me & my family this week on signing my first professional contract @spursofficial.I would like to thank my family & all of my coaches that have helped me get to this point. Grateful for the opportunities I’ve had and am looking forward to the future🤍💁🏽‍♂️ pic.twitter.com/Mj6OTyYYEj

Scarlett made his debut in a Europa League win over Ludogorets in November, and he has now made three first-team appearances in total.

His stats for the Lilywhites’ youth sides this season are staggering, with 22 goals in 18 appearances to date.

When asked for his assessment of Scarlett’s future, Robinson told Football Insider correspondent Dylan Childs: “The academy at Spurs is amazing.

“They are bringing a lot of good young players through, Scarlett being one. He’s got a huge future ahead of him.

“The problem for the youngsters is getting game time. We have seen the likes of Skipp and Parrott go out on loan and they are having a great upbringing. 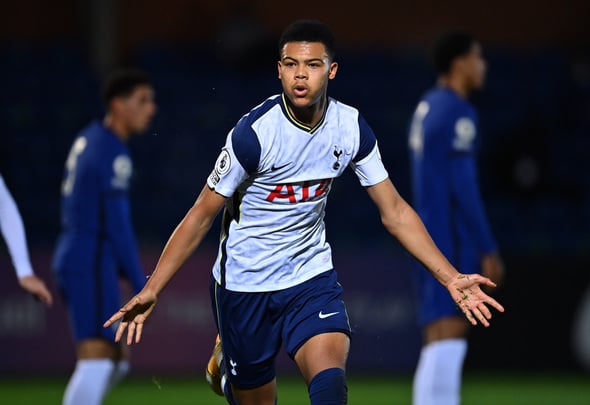 “Spurs, like Manchester City and a number of the other big clubs, almost have a loan squad at the beginning of the season. That squad is full of younger players that the club know are going to be loaned out for experience and valuable game time.

“Scarlett could be the next one to head out but he is still very young so it might be best for him to stay and develop in the environment at Spurs.”