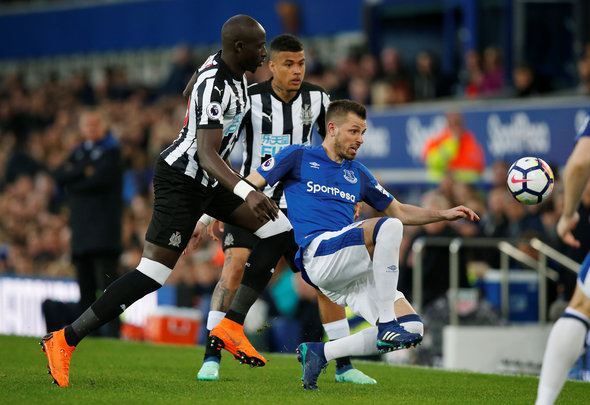 Marco Silva is rightfully tearing the deadwood out of Everton’s squad but he may regret getting rid of Morgan Schneiderlin this summer.

The new Toffees boss is rightfully eager to wield the axe in order to get rid of first-team players that struggled in their 2017/18 campaigns and according to a recent report he has four players already in mind.

The Daily Star reported on Monday that Morgan Schneiderlin was looking like he was heading to Marseille with Ashley Williams and Yannick Bolasie also potentially exiting the club.

The newspaper also stated that Wayne Rooney was set to be a causality of Silva’s revolution as he was set to join MLS side DC United.

Yet out of all the names reportedly on Silva’s chopping block, only Schneiderlin has a case to make about why he should be kept.

The 28-year-old midfielder was awful in the first-half of the 2017/18 campaign and could have easily been binned in January with not much fuss.

However one of the only positive effects Sam Allardyce made at the club was on Schneiderlin as the midfielder’s displays drastically improved in the second-half of the campaign under his guidance.

The central midfielder rediscovered his ability to win the midfield battle for his side and his sublime passing ability saw him successfully distribute the ball to his teammates in order to help them go on the attack.

This resurgence in his Toffees career should earn him at least pre-season in order to show to Silva that he is a player worth keeping around.

The Schneiderlin who was seen in the latter half of the 2017/18 campaign would be a fantastic player to keep around at the club and if he is set to be able to produce his second-half form from the start of the upcoming season, he must be kept.

The only reason for the club to be in a rush to sell him is if the offer on the table is too enticing, but there’s no word on how much the club would potentially make from his sale.

Therefore while he may not have endeared himself with Toffees supporters due to some lacklustre displays last season, it doesn’t mean he deserves to be binned out by the club just yet.

In the latest Everton news, Silva must ramp up reported Everton interest in playmaker, £25m could be bargain fee.