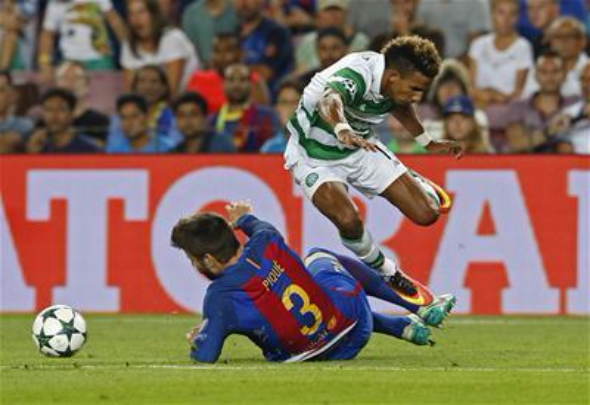 Scott Sinclair has lifted the lid on how hard he worked at Aston Villa to try and break into the first team during a tough season in the Premier League.

The 27-year-old has been in brilliant form at Celtic this season to reignite a flagging carrer, but he revealed to the Scottish Sun how his 18 months at Villa Park were key to his renaissance.

The former Manchester City and Chelsea man also responded to being asked about his chances of winning the player of the year award after he has proven himself to be a huge part in Brendan Rodgers’ side.

“Being player of the year would mean the world to me – if it happens,” Sinclair said. “For me, it would just show all the hard work that I’ve put in was worth it.

“Even back at Aston Villa, when I wasn’t playing as much as I wanted, I was still doing the hard graft behind the scenes, and even staying behind to do extra sessions.

“Hopefully, that’s all paying off now, but the most important thing for me is to be consistent and up until now I feel that I have been.”

The winger was top goalscorer in the Scottish top-flight until teammate Moussa Dembele scored a brace on Saturday take pole position for the golden boot.

However Sinclair’s 14 goals this season in 23 league games has proved to be a great return for Celtic, who signed the journeyman in August 2016 for £3million.

Sinclair has played for 13 clubs during his career which included spells at QPR, Crystal Palace, Swansea and West Bromwich Albion.

The former England under-21 international appears to have settled down though at Celtic though and is making a massive different to the club that have gone the entire domestic season unbeaten.

In other Celtic news, Dembele has reacted to being substituted by Brendan Rodgers while on a hat-trick on Saturday.