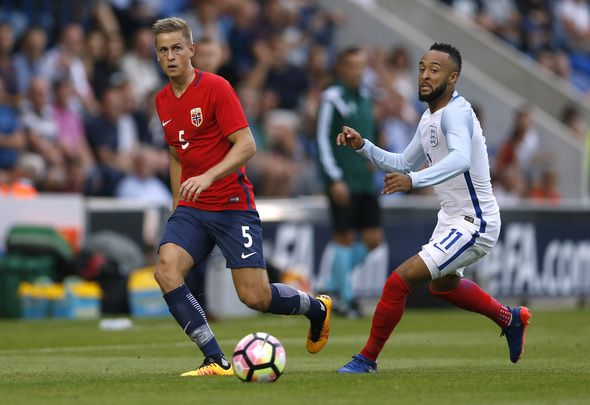 Reported Aston Villa target Thomas Grogaard has claimed that it would be a “dream” for him to play at a high level in light of speculation surrounding his career at Norwegian side Odd BK.

Norwegian news outlet VG reported on their website that the Villains had sent their scouts to cast their rule over the 23-year-old left-back, as well as his team-mate Sondre Rossbach in Odd’s Europa League draw with Dinamo Zagreb last week.

The duo managed to keep the Croatian giants at bay in the goalless clash, but Odd slumped out of the competition after losing their first leg 2-1.

Defender Grogaard already has a full senior international cap for Norway and has well over 100 appearances for Odd, meaning that he could be a ready-made replacement for the unwanted Jordan Amavi.

The Norway international has since responded to the speculation surrounding his career in the usual cryptic way, but claimed that a move to a big team may interest him in the future.

“I do not really think so much about it. I try to do as well as I can on the pitch, so the media can talk about it, or the clubs about it come so far,” said Grogaard, as quoted by VG.

“I have a dream of playing at a higher level, and all clubs playing in better leagues are of course interesting.”

Rossbach, 21, has also earned a lot of senior appearances for Odd, but is yet to make the step up to men’s international football despite earning 20 caps for the Norway Under-21 side.

Villa’s transfer buys have been fairly expected this summer. John Terry, Chris Samba and Glenn Murray are all names that are well known in English football, but the Villains are yet to really cast their net out into continental Europe to bolster their squad. Many could argue that has been what led to their demise a couple of seasons ago. However Grogaard has been playing at the top level in Norway since a young age and could be a really good signing if he comes in and hits the ground running. With Amavi looking likely to leave, Neil Taylor could do with extra competition at left-back, and it would be a good way to do that by bringing in a young, hungry player who loves to bomb down the flank and attack the ball.

In other Aston Villa news, Birmingham boss Harry Redknapp has confirmed that he is interested in signing this senior player from Steve Bruce’s squad.