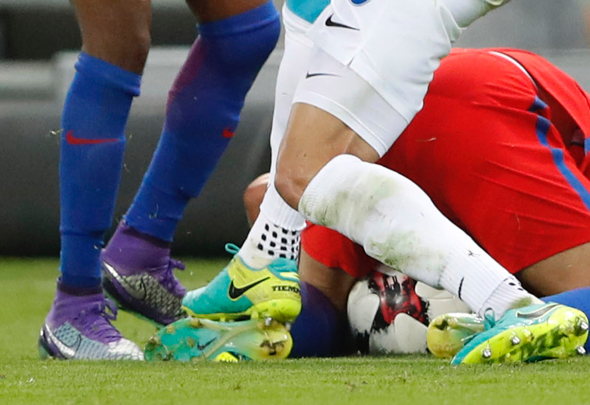 Liverpool fans on Twitter weren’t surprised after their former player Martin Skrtel was sent off during England’s World Cup qualifier against Slovakia.

The two-time Slovakian player of the year was dismissed for a second yellow card after he appeared to stamp on England striker Harry Kane, which on another day might have got him a straight red card.

The 31-year-old left Liverpool this summer to join Turkish giants Fenerbahce, but has reminded England fans of his hardman tactics after seeing red. The experienced defender picked up 51 yellow cards during his time at Liverpool.

The Merseyside club’s fans weren’t too kind to their former defender, with many glad to see him gone during this transfer window.

Skrtel doing what he does best… #ENG #threelions #LFC

I see my 'favourite' defender is at it again #skrtel #LFC

Haha typical Skrtel so glad he has gone. #LFC

Skrtel showing why he isn't a Liverpool player anymore. #LFC

Disgusting by Skrtel. Glad he is no longer an #LFC player. #SVKENG

I see Skrtel has lost none of his Skrtelness. #SVKENG #LFC

Martin Skrtel alone is evidence that #lfc had a much better transfer window than some think.

The experienced defender had been with the Merseyside club since 2008 but only picked up a single League Cup medal during his Anfield career.

The defender put in a good shift during his time at Anfield, making 320 appearances at the heart of the Liverpool defence, finding the back of the net 18 times.

In other Liverpool news, Jurgen Klopp has revealed this plan to get his star man fit for Saturday.