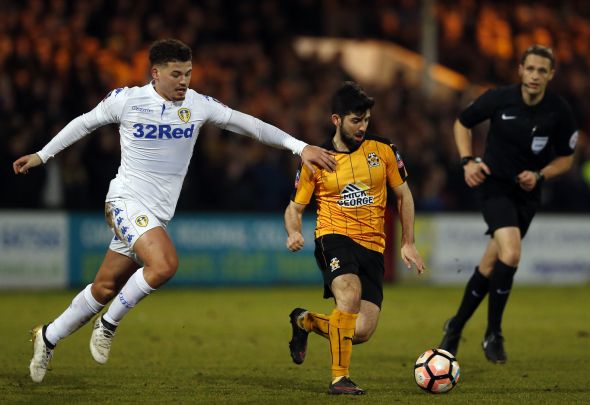 Kalvin Phillips and Marcus Antonsson have been demoted to Leeds’ reserve side after being overlooked for Sunday’s clash against Huddersfield.

Academy product Phillips travelled to Huddersfield but was left out of the match-day squad, while Swedish forward Antonsson was left on the bench as an unused substitute.

Leeds announced the line-up of their Under-23 side on their youth academy’s Twitter account, which saw the senior duo join the likes of emerging stars Tyler Denton and Bailey Peacock-Farrell in the team.

Mallik Wilks and Billy Whitehouse remain on the bench after making their first-team debuts in the embarrassing 1-0 loss to non-league side Sutton United in the FA Cup.

Phillips, 21, has fallen out of favour at Elland Road after Ireland international Eunan O’Kane returned to full fitness.

Summer signing Antonsson has struggled throughout the season since his £2million move from Kalmar FF, scoring just three competitive goals after putting pen to paper back in July.

Now recognised as third-choice striker behind top scorer Chris Wood and versatile forward Souleymane Doukara, a spell in the reserve side has been identified to give Antonsson some much-needed confidence and regular game time.

In other Leeds news, fans have reacted on Twitter to this injury scare.