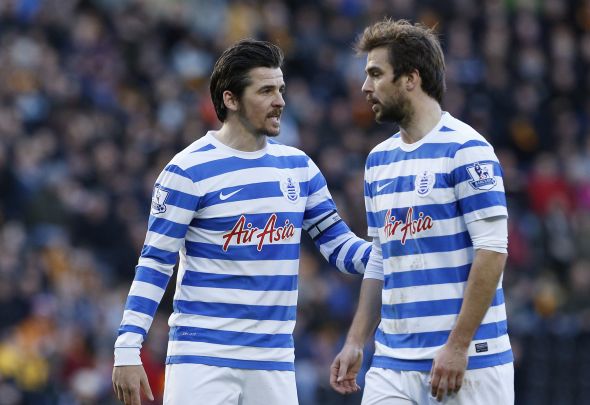 Mark Warburton has handed debuts to three new signings as Rangers return to top-flight action for the first time since 2012.

Experienced ex-Premier League trio Niko Kranjcar, Joey Barton and Clint Hill are all in the starting eleven to face Hamilton at Ibrox in the first Scottish Premiership fixture of the season.

The Gers revealed the team news on their Twitter account, as regulars Kenny Miller, captain Lee Wallace and goalkeeper Wes Foderingham all retain their starting spot.

The chosen eleven is the same side that lined-up against Premier League new-boys Burnley last weekend in a pre-season friendly, which resulted in a 3-1 defeat.

Barton, who signed from Burnley, starts alongside Andy Halliday in centre-midfield, with former QPR teammate Kranjcar expected to play in front of them in a more attacking central-midfield role.

Hill also makes his competitive debut for the Gers, starts alongside Rob Kiernan at centre-back with James Tavernier and Wallace occupying the full-back roles.

The QPR trio go up against a strong Hamilton side that includes former Celtic and AC Milan veteran Massimo Donati, as well as Brazilian forward Alexandre D’Acol.

In other Rangers news, John Hartson has made this claim about Warburton’s side.