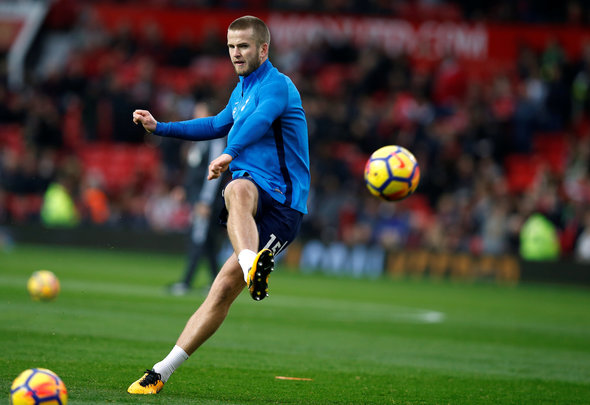 Former Tottenham midfielder Danny Murphy has said that the club must give Eric Dier an extended run in midfield after seeing him switch positions under Mauricio Pochettino.

The England international has demonstrated his versatility at Spurs, having been utilised in both the centre of the park and in a centre back role, which is where he found himself during the club’s 1-0 defeat to Manchester United at Old Trafford on Saturday.

He has primarily been used in a midfield role while playing for the Three Lions, and Murphy says that he has excelled when operating in the centre of the park, urging Pochettino to make use of his natural abilities there for Spurs.

He also questions the 23-year-old’s abilities at the back, and says he would struggle when coming up against top class opposition in the heart of defence.

Writing for the London Evening Standard on their website, he said: “I’m amazed Pochettino believes Dier to be a better defender than a midfielder.

“He works with him every day, but Dier was sensational when he played in midfield during the 2015-16 season. I was surprised by how good his passing was.

“He is comfortable on the ball and he is quite creative. He is not super quick, but that is rarely exposed in midfield, especially when he has powerful, athletic players around him.

“In defence, it is a different story; I certainly wouldn’t want to see Dier isolated against the best forwards in the league.

“A player wants to get used to a role within a team – and for Dier, that should be in central midfield.”

Since arriving from Spurs in the summer of 2014 form Portuguese side Sporting, he has gone on to make 150 appearances for the club, scoring eight goals and chipping in with six assists.

He has also earned 21 appearances for England since his debut back in 2015, with three goals to his name.

In other Tottenham news, fans were left fuming at the performance of this star man at Old Trafford.