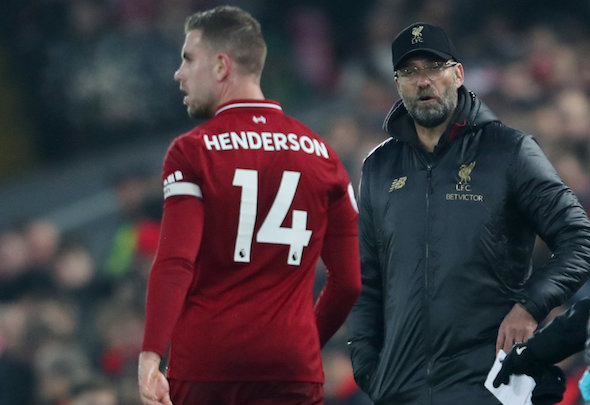 Darren Bent claims that Liverpool midfielders Fabinho and Alex Oxlade-Chamberlain are nailed on to start the crunch Premier League tie against Manchester City this weekend.

The former Tottenham and England striker, speaking exclusively to Football Insider assistant editor Russell Edge, says that manager Jurgen Klopp has got a serious dilemma when it comes to selecting his starting XI after Oxlade-Chamberlain’s performance against Genk in midweek.

The 26-year-old netted his fourth goal in just six starts for the Reds on Tuesday night, starting alongside Georginio Wijnaldum and Jordan Henderson in midfield.

Bent says that the England international’s form is making it impossible for Klopp to take him out of the side and claims that it will be him, defensive midfielder Fabinho and one other lining up when Manchester City visit Anfield on Sunday afternoon.

Bent told Football Insider: “He’s been sensational since he came back, he’s been brilliant and he’s forcing Klopp’s hand to play him because arguably he’s been one of their best players.

“For Liverpool, that’s a real positive, for the championship, you want your best players ready to play games. I think he’ll go Fabinho, Henderson and Ox, or you go Fabinho, Wijnaldum and the Ox. Either way, it’s Fabinho, the Ox and then whichever one you want to put in there, feel free.”

Oxlade-Chamberlain has played seven times in the Premier League this season, starting just twice with Klopp preferring Henderson, Fabinho and Wijnaldum in his starting XI.

The former Southampton man missed the majority of the 2018/19 campaign with a ruptured cruciate ligament injury which has left him battling back to full fitness over the year.

In other Liverpool news, Paul Robinson has lauded Klopp for a decision made over a young talent at Anfield.