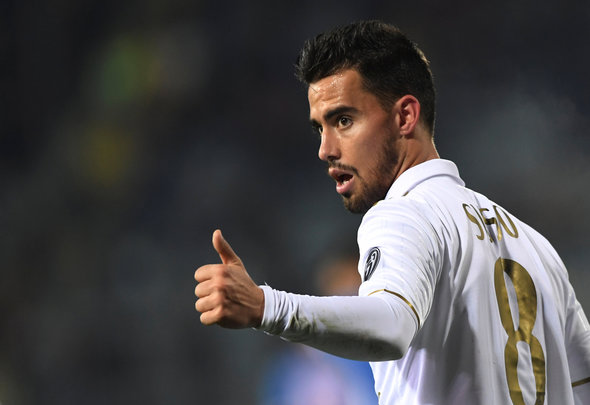 Tottenham are interested in bringing AC Milan’s Suso to north London in the summer, according to a report.

The Mirror reports that the ex-Liverpool man is a fall-back for Mauricio Pochettino should he fail to sign one of his top playmaker targets.

Real Madrid’s Isco and Everton’s Ross Barkley are the top priority for Spurs in the summer as the club looks to progress to the next level.

Suso has just two years left on his current deal at the San Siro and the Serie A assist-king is no stranger to English football having risen through the ranks at Liverpool.

The 23-year-old made 21 appearances for the Merseyside club in five years before he was released on a free transfer to Milan in 2015.

This season Suso has been a key player for the Rossoneri and has contributed with six goals and nine assists in 30 appearances across all competitions.

The former Spain Under-21 winger has missed the last two matches for AC Milan through injury.

It took some time for Suso to settle down at the northern Italy club as he made just one league appearance for them last season.

As a result he was sent out on loan to Genoa in January and regained his confidence, scoring six goals in 19 matches.

Suso has been in good form for Milan this season but will he want to return to the Premier League after his experience with Liverpool? He’s already had one miserable spell in England so it’s unlikely that he will want to risk another one, especially when he is playing regular football with one of Europe’s biggest clubs. Tottenham also have bigger players on their mind and it looks like Suso is more of a back-up option to add depth to the side in the continued absence of Erik Lamela. Suso has definite quality but this is one deal we’d be surprised to see come off.

In other Tottenham news, Graham Roberts explains how Spurs hung on to beat Southampton.