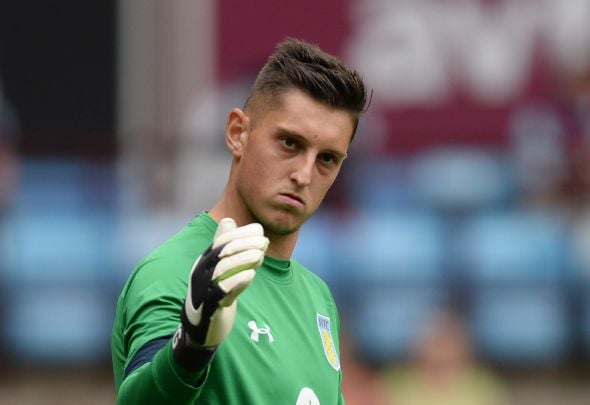 Atalanta are set to decide whether to sign Aston Villa goalkeeper Pierluigi Gollini despite a disappointing loan spell, according to a report.

The Express & Star claim the Serie A side are to make a decision over the future of the 22-year-old which could see Gollini put pen to paper on a permanent deal in his home country.

The former Manchester United trainee has been on loan with the Italian side since January, after a dismal start to life at Villa Park.

Gollini was brought to the Midlands by former boss Roberto Di Matteo but after a number of high-profile mistakes and a change in manager, Steve Bruce decided to send him out on loan.

However, Atalanta’s number 91 has made just four appearances since joining Gian Piero Gasparini’s side, acting as back-up to first-choice stopper Etrit Berisha who is loan from Lazio.

Keeping three clean sheets in his four appearances, with two of those coming in Atalanta’s final four games, Gollini may have done enough to impress his manager to secure a permanent deal.

It remains to be seen how much Villa will charge for Gollini, with three years remaining on his current contract after being signed for around £4million last summer.

The majority of Villa fans will be desperate to see Bruce sell Gollini, and they would be right to do so. The stopper has struggled to adapt to the rigours of English football, and quickly developed a reputation of being error-prone between the sticks. Promotion expert Bruce is expected to shake up his squad, and that should see the former Hull, Wigan and Sunderland manager sell the dead wood from his squad to raise funds for new talent ahead of a promotion push next season. Selling Gollini then, could be crucial in bringing in a new signing to Villa Park this summer.

In other Aston Villa transfer news, Bruce is hopeful of a deal for this France youth international.