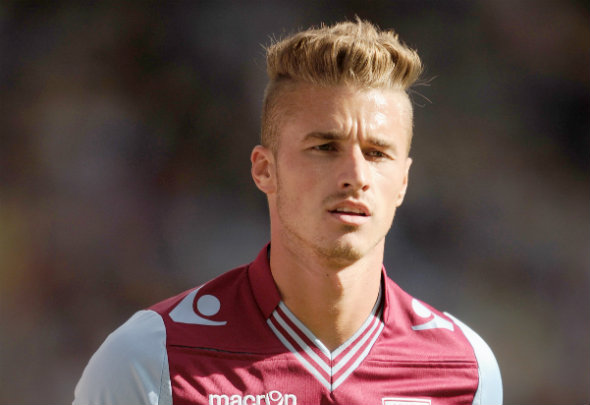 Aston Villa defender Joe Bennett is hoping his ability from set-pieces will help him cement a starting place next season.

The left-back scored two free-kicks during a pre-season game on Friday and on the back of that is desperate to be playing regular first-team football.

He told the Birmingham Mail: “They were both just the right distance to have a crack at goal. If you get it over the wall it’s got a chance. That’s what I did and luckily they went in.

“I’ve got a year left on my deal here and there’s a lot of competition so I’ve got to play well, I’m at the age now where I have to be playing. I will wait and see and hopefully I can have a good season.”

Bennett added that he admires West Ham’s Dimitri Payet free-kick ability and that he watches him the most to help him learn.

The 26-year-old joined Villa in August 2012, after making 84 starts for Middlesbrough in his four years.

His best season came during the 2012-13 season where he made 29 appearances in all competitions, but he has struggled for first-team football since.

Following the clubs relegation to the Championship he will be hoping to feature commonly under new boss Roberto Di Matteo, who will be hoping to guide the club back to the Premier League in their first season outside of it.

Villa have already added Tommy Elphick and goalkeeper Pierluigi Gollini and announced on Sunday the signing of midfielder Aaron Tshibola from Reading.

In other Aston Villa news, Premier League club Everton have hijacked them in a move for 24-goal striker.