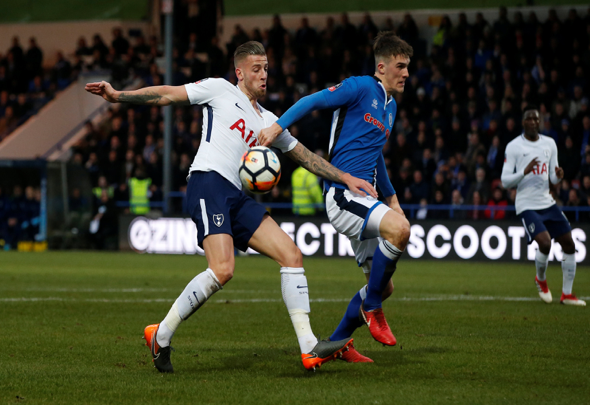 Tottenham fans were not happy with the performance of Toby Alderweireld in the 2-2 FA Cup draw with Rochdale on Sunday afternoon.
The 28-year-old centre-back has only made 17 appearances in all competitions for Tottenham this season after an injury has kept him on the sidelines.
But there are also contract negotiations going on in the background and so far he’s resisted all attempts to sign an extension.
That’s led to rumours that he might be sold in the summer, and he didn’t play well today – although he wasn’t the only one who was poor at the back for Spurs today.
Kieran Trippier was probably the only one in the backline that put in a decent shift in a game where it looked like Spurs simply underestimated their opponents.
However, Tottenham fans saved most of their criticism for Toby Alderweireld.
Here is a selection of the best reactions from annoyed Tottenham fans:

Alderweireld is so off the pace it’s actually quite unbelievable.

Alderweireld has been dire today.

Alderweireld has been absolutely diabolical today

Alderweireld has been horrendous tbf

Alderweireld has been appalling. What on Earth was he doing for the goal. Was 10 yards behind Foyth.

In other Tottenham news, Tottenham fans react to Lucas Moura display v Rochdale
Don’t miss out on breaking and exclusive Tottenham news by clicking here for our brilliant 24/7 updates on Facebook, Instagram and YouTube.