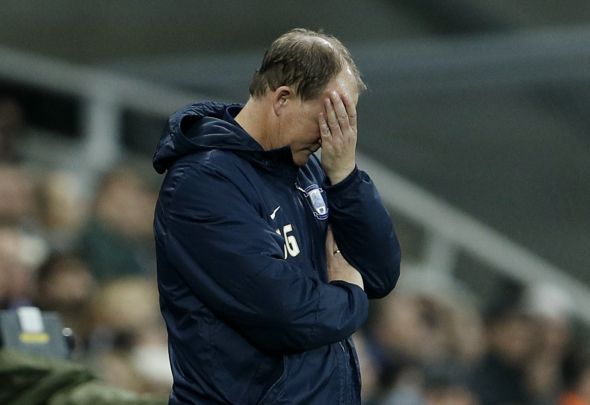 Simon Grayson has revealed emotion will go out the window on Boxing Day as he faces his old side Leeds with Preston.

The Championship duo go head to head on Monday at Deepdale, with Leeds expected to secure another three points as they continue to defy pre-season expectations in fifth place.

Grayson told West Yorkshire Sport’s official Twitter account that there will be “no room for sentiment” when the two sides meet in five days’ time.

Former Leeds United boss Simon Grayson says there'll be no room for sentiment when his old club play his current side Preston on Boxing Day. pic.twitter.com/ApTYrzV100

After coming through the ranks at Elland Road as a player in 1988, Grayson made four appearances for the Yorkshire giants before embarking on an 18-year long career that saw him play for Aston Villa, Leicester City and Blackpool.

Grayson, 47, then joined Leeds as manager after an impressive stint as Blackpool boss.

Winning promotion with his boyhood club in 2009 to the Championship with a 2-1 win against Bristol Rovers, Leeds have remained in the second tier of English football since.

After leaving Elland Road in February 2012, Grayson had clocked up 169 league and cup matches from the dugout for Leeds, winning almost half with 84 victories.

Now in charge of Preston, Grayson will be looking to orchestrate a surprise victory at Deepdale against Garry Monk’s title challengers.

A win for the former Champions League side could see them leapfrog both Huddersfield and Reading into third place, if both sides drop points after Christmas.

In other Leeds news, Robbie Savage has made this revelation about Leeds.