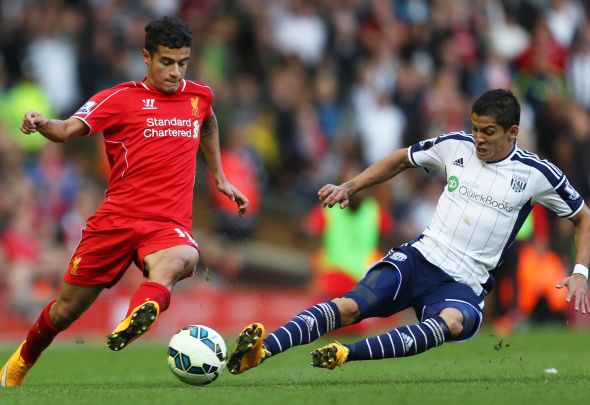 West Brom defender Christian Gamboa is having a medical in Glasgow ahead of a proposed move to Celtic, according to a report.

Sky Sports’ transfer centre blog on Monday (1.59pm) claims that the 26-year-old Costa Rica international is close to sealing a move to the Scotland giants.

This claim follows a report from the Daily Record that the Hoops were lining up a £1million bid for the right-back.

The South American has been touted as the man to solve Celtic’s problem area at right-back, as manager Brendan Rodgers looks to tie up a deal before the transfer deadline on Wednesday.

Rodgers is believed to be looking for a right-sided defender, after doubts were raised over the capability of the Switzerland Under-21 international Saidy Janko, following his error in the second leg of the Champions League qualifying round against Hapoel Be’er Sheva.

Gamboa, a former Rosenborg defender, has had a difficult time at the Hawthorns, making just three appearances last season across all competitions.

He has 50 national caps to his name and enjoyed a run to the quarter finals of the 2014 World Cup, but is set to leave the Midlands club this summer with less than 12 months left on his three-year deal.

West Brom manager Pulis is expected to make moves in the transfer market before 11pm on Wednesday, and Gamboa could be pushed further down the pecking order behind Craig Dawson.

Celtic have been busy during the transfer market, bringing in five new players. Teenagers Moussa Dembele and Kristoffer Ajer joined, along with experienced duo Kolo Toure and Dorus de Vries. Scott Sinclair has already made himself a fan favourite, after finding the net four times in six games.

In other Celtic transfer news, the Hoops have been dealt a huge blow to their hopes of signing Everton midfielder James McCarthy, as manager Ronald Koeman says he is not for sale.