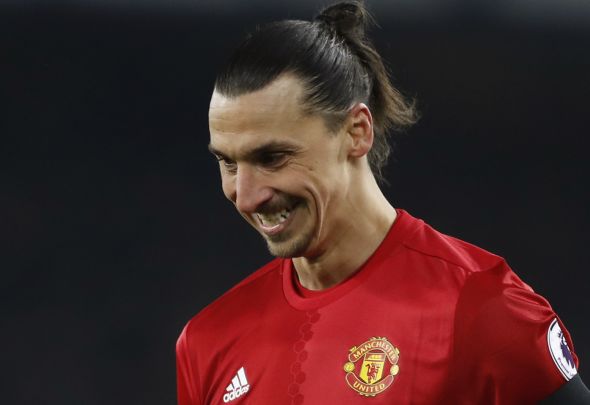 Zlatan Ibrahimovic will not face retrospective action despite his stamp on Seamus Coleman’s head during Manchester United’s 1-1 draw against Everton.

The 35-year-old tangled with the Toffees full-back during Sunday’s clash, with Ibrahimovic appearing to then plant his boot on Coleman’s head.

Posting on his personal Twitter account, Sky reporter Kaveh Solhekol revealed that the Football Association were set to overlook the incident because it was “dealt with at the time” by referee Jon Moss.

FA not taking any action against Zlatan Ibrahimovic after incident with Seamus Coleman yesterday. Referee saw it & dealt with it at the time

Sweden international Ibrahimovic had given United the lead earlier in the match with a superb lob, after Toffees goalkeeper Maarten Stkelenburg had left his goal unattended.

However, former Everton star Marouane Fellaini came off the bench to concede a late penalty which Leighton Baines dispatched from 12 yards.

Everton fans will feel aggrieved at the news, after Idrissa Gueye was on the receiving end of a two-footed tackle from Marcos Rojo that was deemed worthy of only a yellow card.

Ibrahimovic’s goal was his 12th of the season, after scoring on his debut in the Community Shield against Premier League champions Leicester.

The former AC Milan, Inter Milan and Barcelona forward will now be available for selection ahead of Sunday’s clash against Tottenham, as he escapes suspension.

The outspoken striker is likely to feature on Thursday night, as United travel to Ukraine to face Zorya in the Europa League.

In other Manchester United news, this United midfielder has revealed the anger in the squad after their frustrating draw against the Toffees.