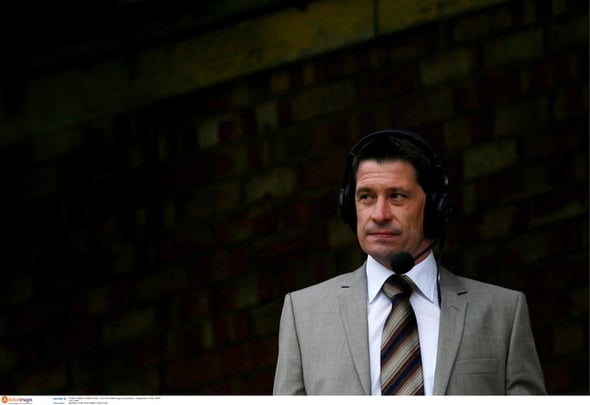 Tony Cottee has said that Liverpool need to sign two players to win the Premier League – a goalkeeper and a centre-back.

After a discussion about the wonders of Mohamed Salah, who scored four in the 5-0 demolition of Watford on Saturday, Cottee was asked what Liverpool needed to do to push on and win the Premier League.

“I’m not convinced with the goalkeeper scenario, with either Mignolet or Karius – they’ve been linked with Jack Butland and he’d be good.

“Since they’ve bought Virgil Van Dijk in they need to settle on a new centre-back partner for him.

“Robertson has been outstanding but they need to buy a new centre-back to sit alongside Van Dijk, or settle on a partner for him, possibly Gomez.

Tony Cottee is bang on the money here. There’s almost nothing you can do to improve the Liverpool attack right now and, with Naby Keita on his way in, Klopp has already shored up the central midfield spots. The defence has always been where the issues have been and if Klopp can buy the right two players this summer then they will definitely be title contenders. Imagine where they’d be this season if they’d had Van Dijk, another centre-back and a new goalie… Cottee mentioned Gomez but he isn’t the man to partner Van Dijk. Two fresh new faces are needed. One side of the defence that has been sorted is left-back, with Andy Robertson being sensational and making the place his own.

In other Liverpool news, ‘Out in the summer’, ‘Offers nothing’ – Liverpool fans are done with one player after display v Watford