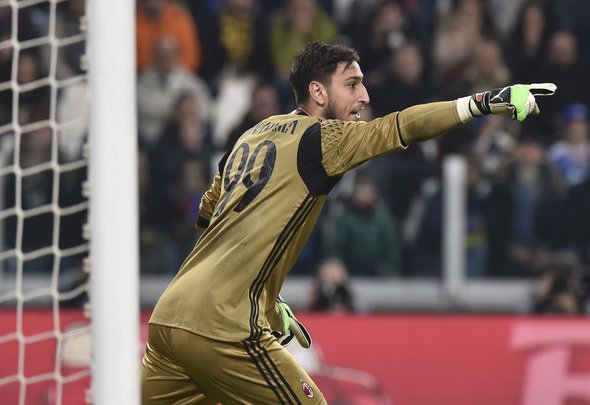 The 18-year-old has emerged as one of the most exciting young talents in Europe and is already a senior player at such a young age.

He has already racked up 62 senior appearances for Milan and is their first-choice option in goal.

Donnarumma also has two senior caps for Italy and is viewed as the successor for veteran goalkeeper Gianluigi Buffon.

Liverpool have not been so fortunate with their options in goal this season and Jurgen Klopp has rotated between Simon Mignolet and Loris Karius.

Sky Sports pundit Nicholas has insisted that the Merseyside club need to solve their goalkeeper situation and feels Joe Hart would be a sensible addition, while a transfer for Donnarumma should also be on the cards.

“They need a top goalkeeper, I would suggest Liverpool must be interested in Joe Hart if they’re serious about progressing,” Nicholas told Sky Sports. The AC Milan teenager Gianluigi Donnarumma is another one they should be looking at.”

Liverpool purchased Karius last summer with the intention of him becoming the number one option, but he struggled to adjust to English football.

Meanwhile, Mignolet has been heavily criticised during his time at Anfield for making errors and is now seen as the long-term option for the Reds.

Liverpool signing Donnarumma would be a sensational coup if they could pull it off and the youngster is currently under contract with Milan until 2018.

The shot stopper has made 31 appearances for the Italian giants this season and kept nine clean sheets.

He also helped Milan win their first trophy this season since 2011 as they beat rivals Juventus on penalties in the Italian Super Cup.

In other Liverpool transfer news, the club are in on-off talks with an international midfielder.