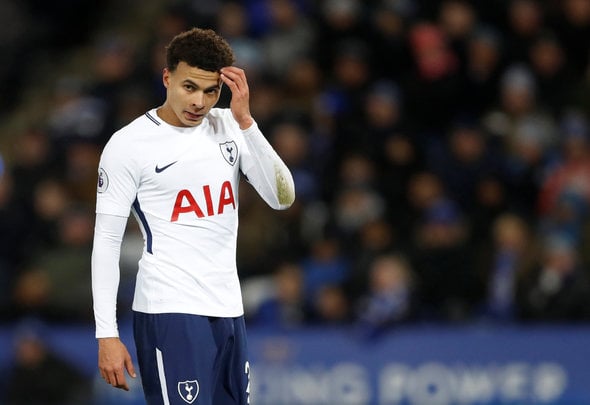 Sky Sports pundit Charlie Nicholas says the only thing keeping midfielder Dele Alli in the Tottenham side is his reputation.

The 21-year-old has endured a frustrating start to the season with Spurs after he was one of their standout performers last campaign.

However, Spurs boss Mauricio Pochettino has continued to show faith in the England international by starting him in big matches, ahead of key players Son Heung-min and the returning Erik Lamela.

Nicholas believes the playmaker’s reputation is the only thing keeping him in Pochettino’s startling line-up.

“Spurs have their issues and only Dele Alli’s reputation is keeping him in the team at the moment,” Nicholas told Sky Sports.

“Although there is time for him to improve as it is only a consistency thing that comes with his age.”

Nicholas was making his predictions for the last-16 of the Champions League after Spurs were drawn against two-time winners Juventus on Monday afternoon.

The Sky Sports pundit is predicting a tough game for Tottenham against a side who have reached the final in two of the last three seasons.

However, he feels the game will suit Alli after the youngster scored twice in the sensational 3-1 Champions League victory over holders Real Madrid in November.

“You saw how he lifted his game against Real Madrid and this type of game will suit him.

“However, this Juve defence is a brutal challenge and they will not be suckered by counter-punches, so it is a fascinating tie.

“Spurs have slightly more quality and technical ability and Toby Alderweireld’s return will be a big difference but, with it being at Wembley rather than the Lane, I can’t split them and make this another 50/50.”

However, Alli has not scored for Spurs since the memorable win at Wembley, after failing to find the net in his seven matches since.

He showed glimpses of his quality in the Champions League win over Apoel last week, but struggled against Stoke in the Premier League on Saturday.

In other Tottenham news, Danny Murphy has revealed how Spurs can beat Juventus in their last-16 Champions League tie.