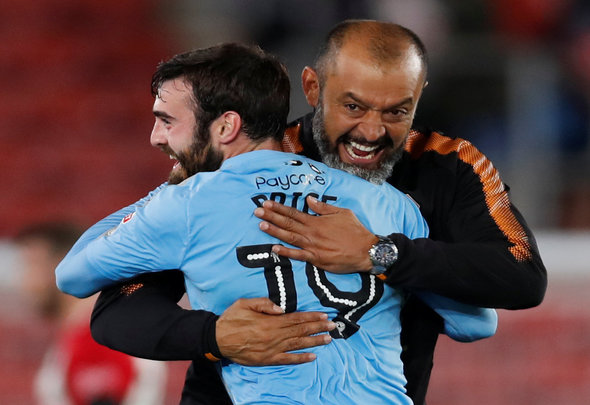 Sky Sports pundit David Prutton has said that he is expecting a thrilling tie when Norwich City visit Molineux in mid-week to take on Wolverhampton Wanderers.
The Canaries come into the clash off the back of a draw against fierce rivals Ipswich Town, but relied on a late equaliser from Tim Klose to secure a point, the German heading home in the fifth minute of injury time after the Tractor Boys had taken the lead in the last minute of normal time.
Wolves meanwhile were also forced to share the points over the weekend, playing out a 1-1 draw with Preston North End at Deepdale, despite having a one man advantage for the final half hour as a result of John Welsh’s red card.
Ahead of Wednesday’s clash in the midlands, Prutton says that Wolves should not be disheartened by failing to pick up victory in their last outing, and that the match against the Canaries will see an exhibition of attacking football, resulting in an enthralling tie.
Predicting a 3-2 victory to Nuno’s side, the former Leeds man wrote on Sky Sports’ website: “Wolves have been so good this season that it almost comes as a shock whenever they drop points now!
“A point in Preston is never a bad thing, however, and they’ll be glad to be back on their own turf on Wednesday night against a team who will try to take them on at their own game.
“Both sides like to get it down and play it and that should produce a good game at Molineux, but Wolves should have too much for Norwich.”
Wolves remain at the top of the table after their draw at Preston, and sit 11 points clear of second placed Cardiff City, while Norwich find themselves down in 13th, and have scored a single goal in each of their last seven matches.
In other Wolves news, a top flight transfer hunt has been ignited for one of the club’s top talents.