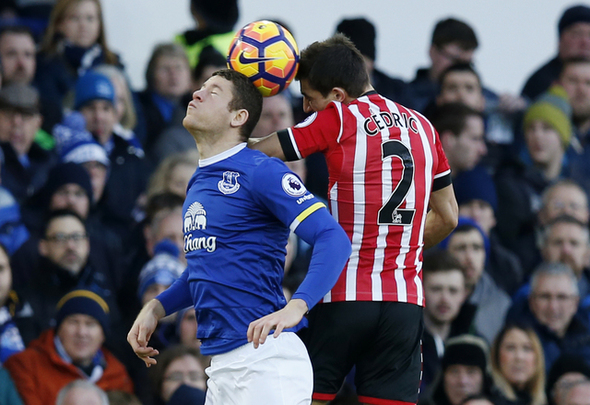 Tottenham are not considering a move for Southampton defender Cedric Soares, according to a report.

Sky Sports claimed on their transfer centre blog (Wednesday, 9:23am) that they will not target the 25-year-old defender.

It is understood that the Saints are not planning on selling any of their star players in the summer, despite the Mirror reporting that Spurs were interested in signing Cedric.

Porto full-back Ricardo Pereira is believed to be one of them and the report does not name the other, but states it’s not Southampton ace Cedric.

Cedric has become an ever-present in the Saints starting line-up since his arrival in 2015 and has also won the European Championships with Portugal.

The attack-minded full-back is an experienced Premier League player, but Spurs are set to be eyeing alternative options.

Porto right-back Pereira has been loaned out to French club Nice in the pat two season and impressed.

He made 57 appearances for the Ligue 1 side and chipped in with eight assists due to his offensive qualities.

In an ideal world Spurs would keep Walker for next season, but he is being strongly linked with a switch to league rivals Manchester City. The north London club will need a suitable replacement who can challenge Kieran Trippier for the right-back starting position. Southampton defender Cedric would have been the perfect solution for that and his experience in the Premier League mean he would take no time to settle. However, chasing targets from abroad has an element of risk and there is no guarantee the pacy full-back Pereira could cut it in English football.

In other Tottenham transfer news, they are lining up talks with a 28-year-old defender.