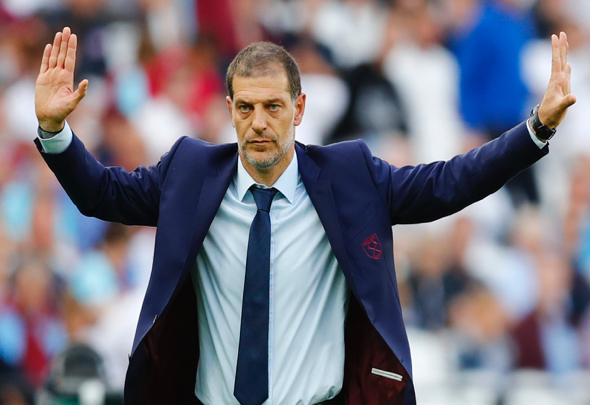 Slaven Bilic has stressed the importance of West Ham’s upcoming fixtures – claiming they are “three cup finals” starting with Accrington on Wednesday night.

The Hammers host the League Two side in the EFL Cup third-round and will be strong favourites to progress.

Bilic’s side then face two more home games in the Premier League against Southampton and Middlesbrough and are under pressure already at this early stage of the season.

The east London outfit have picked up just three points from five games this term, leaving them 18th in the Premier League.

West Ham’s recent form has been highlighted by consecutive 4-2 defeats in the league against Watford and then West Brom last Saturday.

Manager Bilic has revealed the importance of the upcoming fixtures which take place before the international break, as quoted by the club’s official Twitter account.

“Starting on Wednesday we have three mega games and three cup finals before the break,” he said. “We have a good opportunity to come out of this.”

SB: "Starting on Wednesday we have three mega games and three cup finals before the break. We have a good opportunity to come out of this.

The Hammers finished seventh last campaign and produced a great last season at the Boleyn Ground.

West Ham have since moved to the impressive London Stadium but have struggled to adjust to their new home.

They were dumped out of Europe in the qualifiers against Romanian champions Astra Giurgiu and looked a shadow of the team that impressed last year in the league.

However the return of Dimitri Payet and Manuel Lanzini to the side has been a huge boost to them and they will now hope to climb the Premier League table.

In other West Ham news, the club’s fans have reacted on Twitter to speculation that Bilic could be sacked.