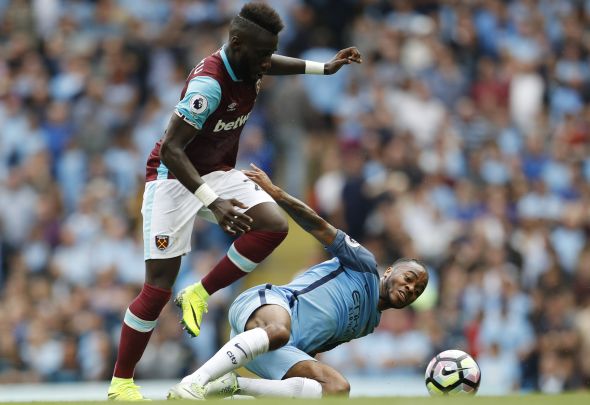 Slaven Bilic has revealed that full-back Arthur Masuaku will face at least six weeks out injured after damaging ligaments.

The left-back, 22, joins Aaron Creswell in the treatment room, who also damaged his ligaments in an injury suffered in pre-season.

Masuaku played the entire 90 minutes against Accrington in midweek, but it is believed that he suffered a knock from the match, which has now become more serious.

Bilic revealed the extent of the injury in a pre-match press conference, as quoted by the club’s official Twitter account ahead of the Southampton clash on Sunday.

SB: "@ArthurMasuaku has damaged his ligaments and we will know better in one week when he will be back. But it will be at least six weeks.

SB: "It is not good news and both our left backs have damaged their ligaments. But we still have a good team.

The Hammers started the season with winger Michail Antonio at right-back, while Sam Byram covered the left-back slot due to Cresswell’s injury.

Antonio, who recently received a call-up to the senior England squad was less than impressive in the more defensive role and even gave away a crucial penalty in the opener against Chelsea.

However, the Hammers have since brought the experienced Alvaro Arbeloa who can cover for Byram, who will be most likely to replace Masuaku in Bilic’s back four.

Masuaku moved to east London from Greek side Olympaicos in a £6million deal in the summer.

He has played in six fixtures for West Ham, but was particularly called out for criticism after giving away a penalty for hand ball in the most recent Premier League fixture against West Brom.

In other West Ham team news, Alvaro Arbeloa has revealed his delight after making his Hammers debut.