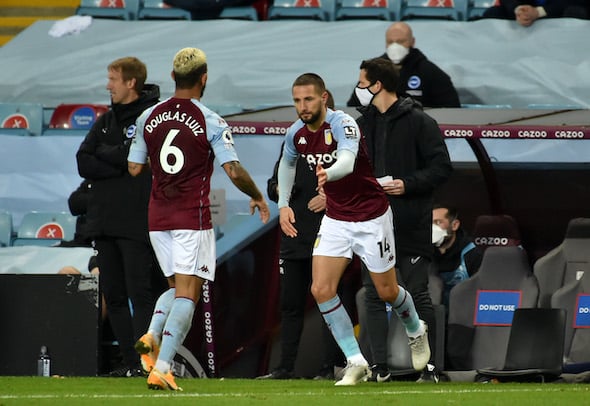 Questions are being asked at Aston Villa about why Dean Smith allowed Conor Hourihane to be loaned out to Swansea City in January, Football Insider understands.

The site broke the news on 15th January that Swansea were set to sign the goalscoring midfielder for the second half of the season after Smith had given the green light for him to leave.

It was a decision that raised eyebrows at the time among Villa fans even though the club did subsequently sign Morgan Sanson from Marseille for £14million rising to £15.5m. 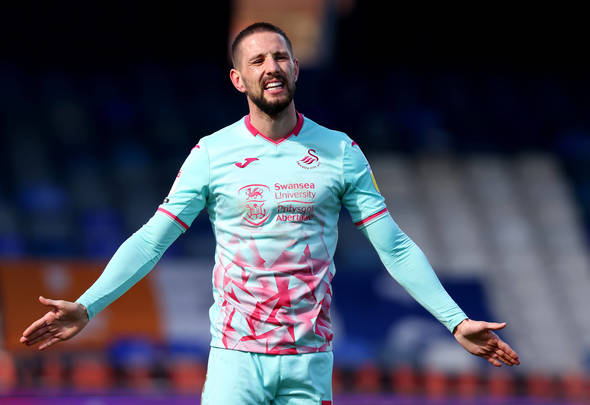 A Villa source has told Football Insider that there is disquiet among the hierarchy about the glaring absence of creativity in the team when Jack Grealish is not playing.

The January exit of Hourihane, 30, is said to have become a “growing bone of contention” behind the scenes.

He did not get heavily involved in open play for Villa but has a Premier League-level left foot as well as being a superb deliverer of set pieces.

Villa have certainly missed that level of quality during the last five matches in which Grealish has not played due to injury.

The team has scored just two goals in the absence of their talisman and captain.

Meanwhile, Hourihane has made a big impact at Championship promotion hopefuls Swansea with five goals and one assist from 12 league matches.

Hourihane made just three Premier League appearances among five in all competitions for Villa in the opening half of the campaign.

But he was a key goalscorer and creator last season, scoring seven goals and supplying five assists from 34 appearances, 18 of which were league starts.

In other news, Christian Purslow is spearheading a blockbuster Aston Villa summer signing with major part of fee already paid.