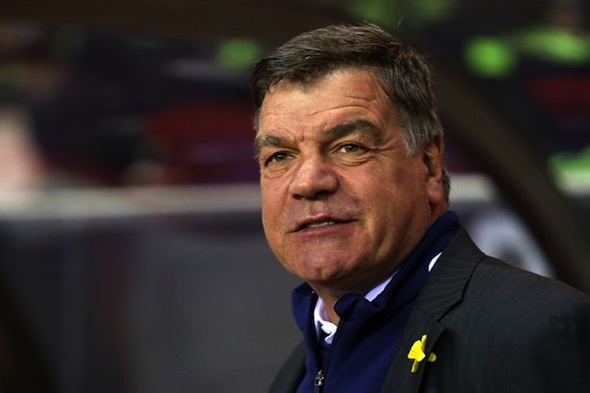 Sunderland manager Sam Allardyce has held preliminary talks to become the next England manager, according to a report.

This comes just a year after the former West Ham manager was told that he wouldn’t be offered a new contract with the Hammers.

The Sun claim that Allardyce is in talks with The FA but faces stiff competition from Harry Redknapp.

It said the former Tottenham manager would be prepared to work with a younger boss to ease the managerial transition.

Allardyce, who has the support of former Manchester United manager Sir Alex Ferguson for the biggest job in English football, has a release clause in his Sunderland contract.

Allardyce took the Hammers to 12th position in the Premier League last season before leaving and Sir Alex seems him as the favourite to succeed Roy Hodgson.

He said: “With Sam’s experience, he is the obvious choice. Thank goodness I’m not making the choice because it’s a difficult one but Sam’s the best candidate because he’s in the Premier League.”

If Redknapp were to be offered the England job, it would see him work alongside a younger manager to groom him for the role and step into Redknapp’s shoes when the time is right.

Ex-England players Rio Ferdinand and Frank Lampard have been linked with this position, should the former Tottenham manager convince The FA.

The 69-year-old has also made himself available on an interim basis ahead of the friendly against Czech Republic and the World Cup qualifier against Slovakia at the start of September.

In other West Ham news, this Argentine legend has been offered a staggering £150,000 a week deal.