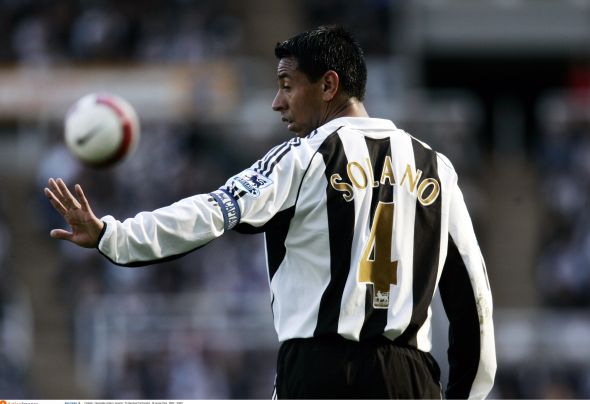 Newcastle United icon Nobby Solano has expressed his concerns at the future of the club after what he perceived to be an unacceptable summer transfer window.

The Magpies brought in six faces through the door at St James’ Park over the summer, in what was a tense couple of months for the club.

Manager Rafael Benitez publicly voiced his frustrations at the inability shown to secure his top targets on Tyneside, instead having to settle for those who would fill the gaps, in what appeared to be a case of quantity over quality for the Spanish boss.

Solano has blasted those above Benitez for failing to spend the required money to ensure success moving forward, and has spoken out about his concerns in the coming months, with little faith over securing the necessary signings in January.

He also identified the likes of Bournemouth and Leicester City as proof of the success that can be achieved when transfer funds are made available.

The Peruvian told the Chronicle: “Rafa knew that this season would be difficult once the club didn’t spend the money they needed in the summer.

“As soon as that happened it would have been obvious to him that the club’s main target for the season was to stay in the Premier League.

“I don’t think January will be a massive help to him, to be honest. He will have little money to spend and exactly who is available that will bring in the right quality in January?

“There aren’t many options out there at this time of year. It’s in June or July you build your squad – and Newcastle didn’t do that.

“They (other clubs) haven’t spent crazy money, but they have spent a decent amount and they are proof of what you can achieve when you shop with a bit of ambition. You just hope that in the summer that Newcastle spend well regardless of who is running the club.”

The Magpies will be looking to pick up a win over the Foxes on Saturday after a dreadful run of form which has seen them pick up just one point from their last six matches, which has left them languishing in 15th, just five points clear of the relegation zone.

In other Newcastle United news, the club have been handed renewed hope in takeover talks after a crucial meeting.