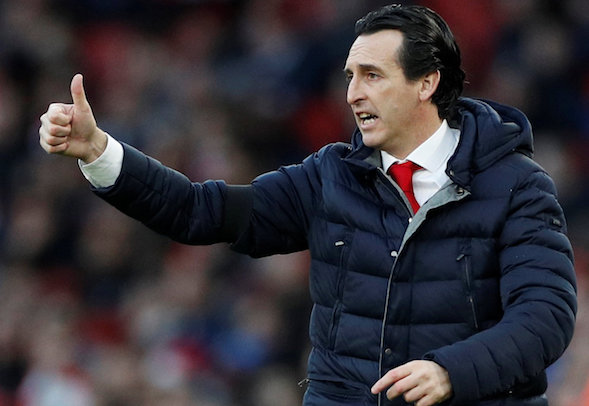 The Uruguay international, 22, has emerged as a leading target for the Gunners this summer as they look to strengthen their attack.

An Arsenal source has told Football Insider the London club are keeping close tabs on Gomez and whether to trigger the £43.7million release clause in his Celta contract.

West Ham are also closely monitoring the forward but he is attracted to Arsenal after being made aware of their interest through third parties.

Gomez has had a fine campaign for Celta Vigo, scoring 13 goals and supplying five assists from 35 La Liga matches. He was even more prolific in his debut season for the Spanish outfit in 2017-18, when he scored at a rate of one in every two league fixtures with 18 goals from 36 appearances.

Arsenal have two prolific forwards in Pierre-Emerick Aubameyang, who shared the Golden Boot in this season’s Premier League, and Alexandre Lacazette.

The club’s interest in Gomez will prompt fears from supporters they could be looking to cash in one of their two star men.

In other Arsenal news, it can be REVEALED that the club have set their sights on signing an Everton first teamer this summer.