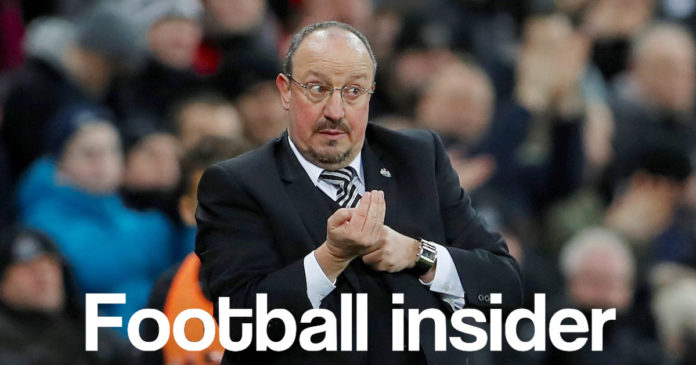 Rafael Benitez is plotting a summer swoop for Fulham ace Ryan Babel if he stays on as Newcastle United manager, Football Insider understands.

Benitez previously signed the Dutch winger from Ajax when he was at Liverpool in the summer of 2007, and he went on to spend three-and-a-half-years at the Merseyside giants.

A source close to the player has told Football Insider that Newcastle are among the clubs keeping tabs on Babel, who has made a big impression since joining Fulham in January.

The winger, 32, has scored four goals and supplied four assists from 13 matches for the relegated club and been key to their consecutive league victories.

Newcastle’s interest may depend upon Benitez staying on as manager, with his future shrouded in doubt due to a contract stalemate with the board.

Babel has put English top-flight clubs on red alert by revealing his first choice is to remain in the Premier League next season as he looks to ensure he will play in Euro 2020 for Holland next summer.

His contract at Fulham expires at the end of the season and he is available on a summer free transfer.

Babel lost his way during spells at Ajax, Kasimpasa in Turkey, Al Ain in the UAE and Deportivo La Coruna, but rediscovered his spark at Besiktas, where he won the Super Lig title.