Everton have not thrown their hat into the ring to sign Marcos Rojo from Man United in January as they assess alternative full-back options, Football Insider understands.

The Merseysiders are in the market for a new defender after being left without both of their first choice full-backs Seamus Coleman and Lucas Digne due to serious injury.

An Everton source has told Football Insider the club’s recruitment team are looking at potential options but they have not rejoined the Rojo race. 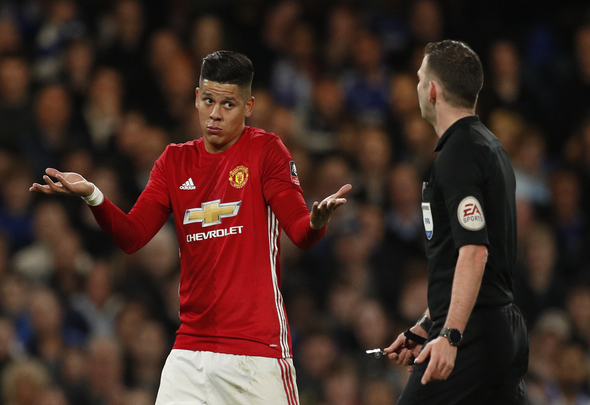 The Argentina international, 30, was the subject of strong interest from Carlo Ancelotti’s side in the last transfer window.

Everton offered a £2million loan fee as well as to cover all of the player’s £100,000-a-week wages to take him for the season.

The potential deal would have earned Man United £5m but they knocked it back as they did not want to strengthen a side they consider to be a top-four rival.

Rojo is close to returning to fitness after being sidelined since October with a foot injury.

The long-serving Argentine has not played for United for 13 months although Ole-Gunnar Solskjaer revealed earlier this week he is looking forward to him returning soon to full fitness.

Everton have been forced into using makeshift full-back options since losing Digne to an ankle injury that required surgery at the end of November as well as Coleman to injuries that have kept him out of seven of the last eight Premier League matches.

Centre-backs Mason Holgate and Ben Godfrey filled in at right-back and left-back respectively in Wednesday’s 2-0 win over Leicester City.

In other news, Everton are set to sell big name at an “enormous” loss as talks over January transfer get underway.