Toulouse have agreed terms with Aston Villa goalkeeper Lovre Kalinic as they close in on signing him this month, Football Insider can reveal.

The French club are at the advanced stages of discussions to land the Croatia international on an initial loan deal.

A Villa source has told Football Insider that Kalinic, 29, has been given the green light to leave following the loan capture of Pepe Reina. 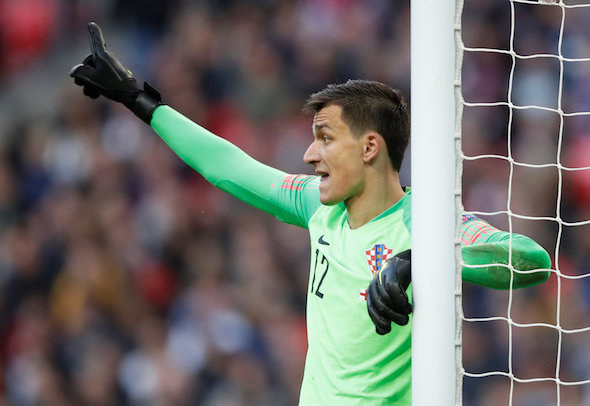 Negotiations with Toulouse are progressing well and all parties are confidence a deal will soon be completed.

Kalinic has agreed to move to the Ligue 1 outfit after Dean Smith made it clear he is surplus to requirements at Villa Park.

The Midlands giants have once again overhauled their keeping roster this window after serious injuries to summer signing Tom Heaton and his number two Jed Steer.

Pepe Reina was signed on loan last week and went straight into the starting line-up for Saturday’s 1-1 Premier League draw against Brighton, with Orjan Nyland back on the bench.

Manager Smith has no intention of reintegrating Kalinic into his side after a series of poor performances following his £7million arrival 12 months ago.

The £30,000-a-week keeper has made only eight Villa appearances since he joined and has not played for the club since being substituted at half-time in February.

The move to France will give him the chance to reignite his career ahead of pressing his claim for a Croatia spot in this summer’s European Championships.