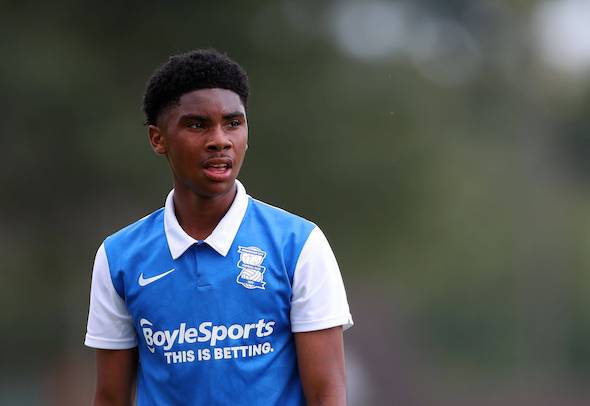 The 18-year-old striker’s future at St Andrews is up in the air as the club look to overhaul their youth set-up.

An Everton source has told Football Insider that the club’s recruitment team are keeping a close eye on Miller ahead of the summer. 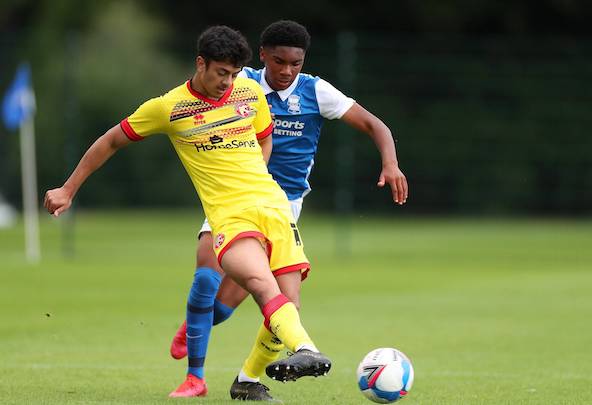 He has caught the eye with his performances for Birmingham Under-18s in this season’s FA Youth Cup.

Miller has already trained with the club’s senior side and scored for them in a pre-season friendly win.

The teenager has continued to develop in the subsequent months and now Everton are looking at potentially moving for him.

This comes at a time when the club are considering ditching their Under-23s and Under-18s teams and changing to B and C teams in the future.

That would see them copying the model at Brentford, a club regarded as punching well above their weight in terms of youth development and recruitment.

Birmingham have already lost one high-profile teenager this year.

England youth international Calum Scanlon, 15, joined Liverpool in January for a fee of around £500,000.

Most remarkably of all, Jude Bellingham joined Borussia Dortmund last summer for an initial £25million rising to a potential £30m.

Birmingham have granted permission for defender Rico Browne to go this summer amid interest from Tottenham and West Ham.

It is unlikely the cash-strapped Championship club would stand in the way of Miller if he receives an offer from Everton.

In other news, Everton are plotting stunning raid for “world-class” star as price tag tumbles £30million-plus.