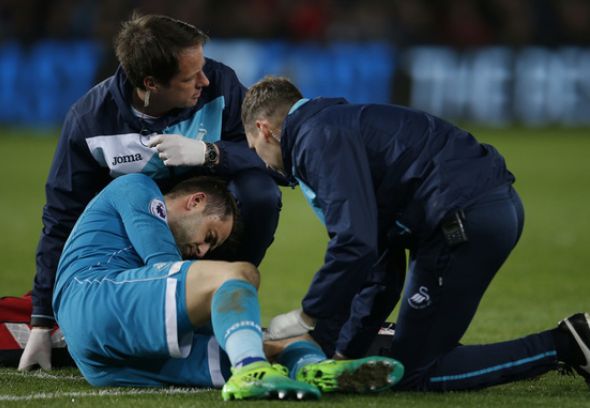 West Ham are sweating over the fitness of four of their senior stars ahead of their final pre-season friendly against Atletico Madrid on Saturday, Football Insider has learned.

A West Ham source has told Football Insider that Noble (dead leg) and Fredericks (groin) both failed fitness tests for the clash in Berlin as Manuel Pellegrini’s side won by goals.

Fabianski (groin) was injured in the warm-up, while Reid was rested from the match as the Hammers carefully monitor his fitness following extensive injury problems in recent years.

Pellegrini will now wait for assessments on the four ahead of the London Stadium clash against Atletico, which will provide the last opportunity for him to prepare his side for their Premier League opener against Manchester City on Saturday week.

Fabianski, Noble and Fredericks would all be expected to start against City at the London Stadium if fit and available for selection, while Reid would hope to be in the matchday squad.

It would count as a blow if they don’t get one final chance to impress Pellegrini this weekend.

In other West Ham news, it can be REVEALED that a forward has agreed a four-year deal to secure a permanent transfer away from the Irons.