Tottenham are convinced that France can be a fruitful market for them as they eye bargain deals this summer, Football Insider understands.

Ligue 1 is expected to see an exodus of top stars after the French government announced football was suspended until September.

A Tottenham source has told Football Insider the club are hoping to exploit the changed French market to lure some players at knockdown prices. 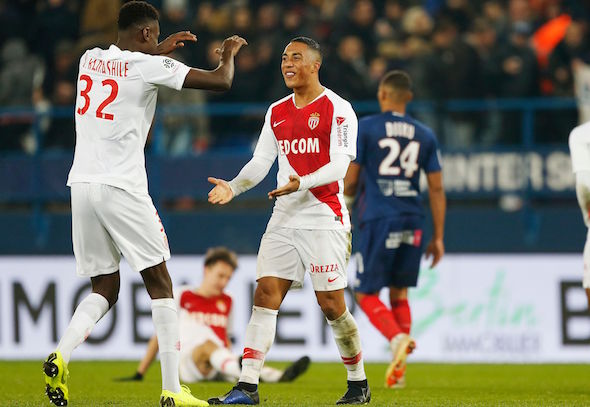 Chairman Daniel Levy has made it clear to Jose Mourinho and the recruitment team they will need to concentrate on loans, free transfer and bargain deals this summer as their revenues plummet due to the Covid-19 pandemic.

Mourinho is not expecting to be able to pull off the kind of deal that made Tanguy Ndombele the club’s record £54million signing when he joined from Lyon last year.

Nevertheless, bargains could be had on the continent, with estimates suggesting Ligue 1 is facing a £175m financial black hole.

Paris Saint-Germain right-back Thomas Meunier is a leading target and has knocked back offers of a new contract ahead of becoming a free agent in the summer.

The giant centre-back, 19, has emerged as a star of French football and is tipped for a move to the Premier League or La Liga in the next window.

Badiashile is set to be available for a knockdown price as Monaco have failed to qualify for European football for the second season running and are among the French sides set to sell some of their prize assets.

The teenager, who only turned 19 in March, broke into their first team last season aged just 17 and already has 46 senior games under his belt.

In other Tottenham news, it can be REVEALED that the club have been told they can sign superstar for £8million.