Liverpool are keeping tabs on defender Ben White following his starring role on loan at Leeds United this season, Football Insider has learned.

The Premier League leaders are assessing potential centre-back options for next year and beyond amid doubts over the future of Dejan Lovren.

A Liverpool source has told Football Insider that their scouts are on the trail of White and have been “blown away” by his development under Marcelo Bielsa’s guidance.

The Championship promotion chasers have made the centre-back, 21, a mainstay of their team after he joined on a season-long loan from Brighton & Hove Albion during the summer.

As revealed by Football Insider, the Seagulls now value White at more than £20million and have high hopes he can establish himself in their team when his Elland Road spell ends.

Liverpool are unlikely to be the only leading Premier League club alerted to the displays of White.

He has started all 11 of United’s Championship matches this season and was named the PFA Championship player of the month for August.

White is not especially tall or aerially dominant for a centre-back – he stands at 6ft – but his awareness, timing and reading of the game is winning him many admirers.

His polished distribution has been so impressive that Bielsa has suggested he could even play in central midfield.

In other Leeds United news, the club are setting their sights on SPL big hitter for a SECOND time. 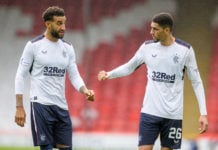 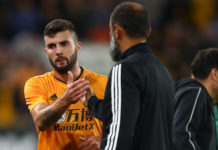