Liverpool are set to slash the asking price of Xherdan Shaqiri due to the coronavirus pandemic, Football Insider understands.

The Merseysiders had initially placed a £28million valuation on the playmaker, who joined from Stoke City two years ago for £13m.

A Liverpool source has told Football Insider that they recognise it won’t be possible to secure their initial price for Shaqiri in a market that is set to be drastically constricted going into the summer window.

There is strong interest in Shaqiri from major European clubs, including Sevilla, CSKA Moscow and Roma.

But neither will be willing to pay more than double what Liverpool shelled out for the 28-year-old in the summer of 2018.

Sevilla are preparing an offer, although the slashed revenues of all clubs across Europe mean they won’t be able to afford what they could just over a month ago.

Leading clubs in all the major leagues have seen their income plummet as a result of no home matches and the likelihood that the season will now be completed behind closed doors.

Shaqiri is eager to end his second season at Anfield as a Premier League title winner before moving on to a side where he can expect a to play a main role.

He has been mainly a fringe figure in his two years at Liverpool and had just 256 minutes of senior action this season. 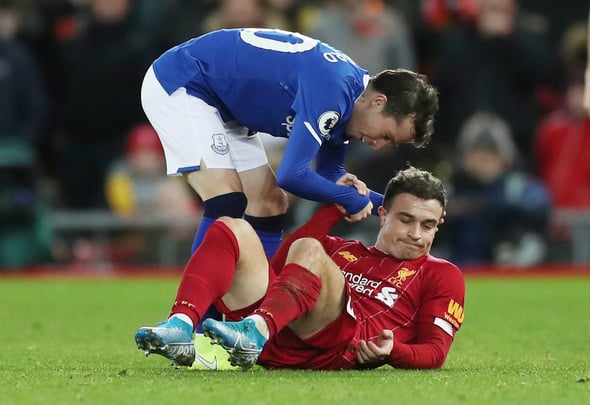 Injury and intense competition for places mean the former Bayern Munich and Inter Milan star has not played in any games, or even made a matchday squad, since a late sub appearance in the 1-0 win against Tottenham on 11 January.

Shaqiri has a contract at Liverpool that runs until the summer of 2023.

In other Liverpool news, Football Insider has been told how the club have already signed Sadio Mane’s replacement.