Odsonne Edouard is expected to be passed fit to take his place in the Celtic starting XI against Rangers tomorrow, Football Insider understands.

Neil Lennon left Hoops fans worried when he revealed at his media briefing yesterday that the striker has still not fully recovered from the “niggle” that has sidelined him for two weeks.

A Celtic source has told Football Insider that Edouard is progressing well behind the scenes at Lennoxtown in his rehabilitation and is set to train fully today before returning to the team for tomorrow’s Scottish League Cup final at Hampden Park.

Lennon left Edouard’s participation in the biggest match of the domestic season to date up in the air.

He said: “With Odsonne in particular it’s a day-by-day thing so we’ll see how he reacted to today’s training tomorrow. Would I be prepared to take a gamble with Odsonne? No.”

However, Lennon’s private stance is far less optimistic and the manager has little qualm in naming his star striker for the Hampden showdown.

Edouard has missed Celtic’s last three matches, including league wins over Ross County and Hamilton Academical as well as the 3-1 Europa League triumph against Rennes.

Lewis Morgan has spearheaded the attack in the absence of the France Under-21 international and made a sound impression up front. 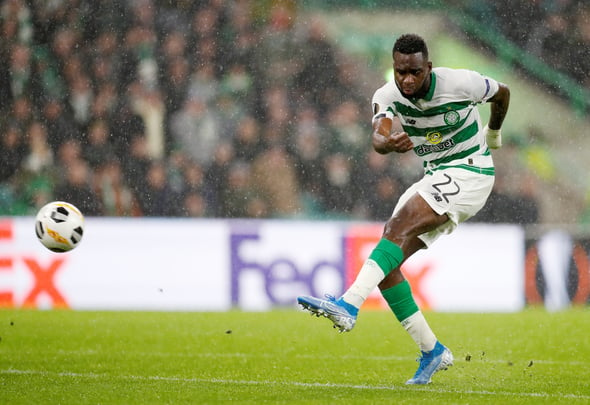 But Edouard is the Celtic first choice and the club’s leading match winner, with an outstanding record in Old Firm matches as well as cup finals.

He has also been in excellent form this season, scoring 13 goals and providing 12 assists from 25 matches in all competitions.