The striker, 20, was signed last summer after running down his Southampton contract but is still waiting for his senior debut.

A Celtic source has told Football Insider that manager Neil Lennon is willing to listen to loan offers for Afolabi and for him to get game time at a senior level. 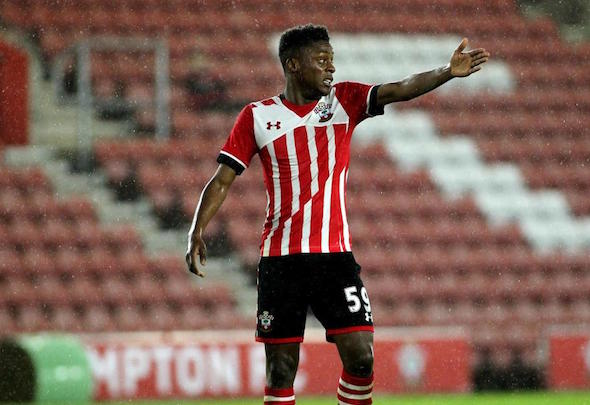 There is interest in the young forward from clubs in League One and League Two south of the border ahead of the 31 January cut-off.

Afolabi is said to be keen to play at a higher level than reserves or age-group football following his failure to break into the senior side.

He once again did not make the bench for Saturday’s Scottish League Cup tie against Partick Thistle as Lennon opted to field a near full-strength side.

With new signing Patryk Klimala making his debut and Leigh Griffiths starting and scoring in the 2-1 win, there is a remote chance of Afolabi breaking into the senior Hoops side between now and the end of the season.

Nevertheless, the youngster has been making a big impression behind the scenes at their Lennoxtown headquarters.

He has been playing well and scoring for the reserves and was outstanding in recent a closed-door friendly against Chelsea Under-23s.

Afolabi, who signed on a three-year contract, also scored regularly for Southampton Under-23s before heading to Celtic.

In other Celtic news, it can be REVEALED that the club have lost out on signing forward after tabling offer too late.