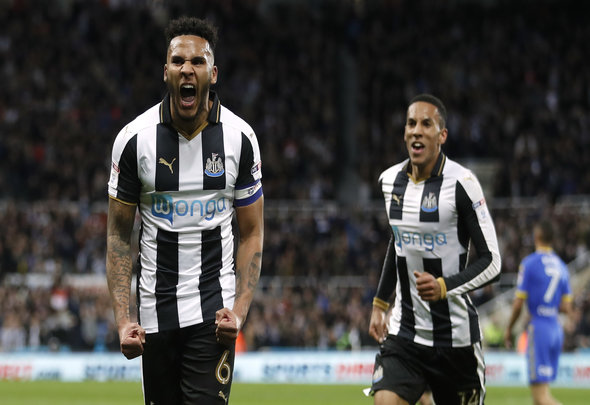 Newcastle United will demand £15million-plus for Isaac Hayden after he revealed he has an agreement with the club to quit, Football Insider understands.

The north-east giants are eager to make a major profit on the midfielder signed from Arsenal in the summer of 2016 for £2.6million.

A Newcastle source told Football Insider that Hayden’s value has climbed following an impressive second half of the campaign in which he has been a lynchpin of the revival that has comfortably cemented the team’s top-flight status.

The midfielder failed in his bid to engineer an exit last summer, when he and his fiancee both agreed they wanted to be closer to their families down south, but is confident his three-year spell on Tyneside is coming to an end.

“I think I will be going. I have spoken to the club about it and they’ve been open and honest with me,” Hayden said, as quoted by the Chronicle. “In football, you never know, so I can’t say for definite, although it’s looking like [the Liverpool defeat was] my last game here. “It’s unfortunate but the club know my stance, and have known it for a year now. There are no excuses going into the summer. It’s about getting the deal right for the club and for myself.”

Hayden has been Rafael Benitez’s first choice in central midfield in recent months and his energy and composure has won him admirers from rival Premier League clubs.

Newcastle are ready to grant the player his wish of a transfer if their asking price is met.