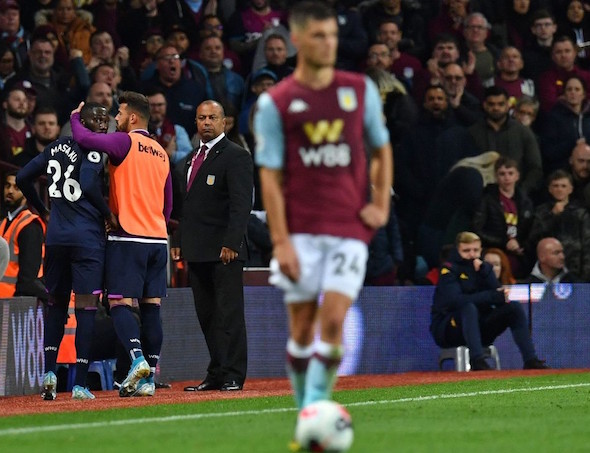 The left-back, 26, has been axed from the Hammers’ squad for five of their last six matches, coinciding with the team’s drastic slump in form.

A West Ham source has told Football Insider that Masuaku has had a private meeting with Pellegrini about his future and where he fits into the manager’s plans.

The Chilean has reassured Masuaku that he still regards him as a key member of his squad and he will be in consideration for a recall if he proves himself in training.

The defender is frustrated after losing his place in the side after serving a one-match suspension in September.

That coincided with West Ham’s best performance of the campaign – a 2-0 home win over Manchester United – and Aaron Cresswell has subsequently been the first choice left-back.

Masuaku returned for the 2-0 defeat at Everton, which Cresswell missed due to injury.

But the Congo international has failed to make the matchday 18 for the Hammers’ last three games, two of which they have lost amid wretched displays and the other drawn.

Masuaku signed a new West Ham contract in July that ties him to the club until the summer of 2024.

His left-back rival Cresswell also penned a new deal last month after Pellegrini made him the regular starter on the left side of defence.