West Ham forward Martin Samuelsen has been told to find a new club as he closes in on a January exit, Football Insider can reveal.

The Norway international, 22, is back at the Hammers after completing a loan spell at FK Haugesund in his homeland at the end of last month.

A West Ham source has told Football Insider that the club are eager to sell Samuelsen and try and get him off their wage bill before the window cut-off rather than lose him for nothing at the end of the season. 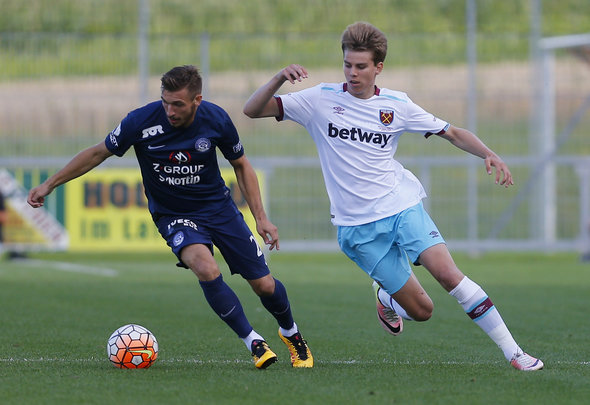 Samuelsen is out of contract at the end of the season and has been linked with Hull City as well as clubs in Norway and Holland.

He may move immediately if a deal can be finalised.

The wide forward is a relatively big earner – his wage is £8,000-a-week – given that he has only played twice for the Hammers in the five years since joining from Manchester City in his teens.

Football Insider revealed last October that Samuelsen is surplus to requirements at the London Stadium and the club were looking to move him out in this window.

The youngster was regarded as a major coup when he was prised from the Etihad Stadium in 2015, arriving with a glowing reputation as one of Europe’s most promising attackers.

He has earned two full Norway caps but did not consistently deliver during spells on loan at English lower league clubs Peterborough United, Burton Albion and Blackburn Rovers, as well as VVV-Venlo in Holland.

His spell at FK Haugesund was far better, with his 39 appearances yielding 14 goals and five assists.

In other West Ham news, it can be REVEALED that the club have agreed terms of outfield player signing after huge breakthrough in the last 24 hours.