West Ham will bide their time before tabling an offer for Eberechi Eze but are hopeful of beating Crystal Palace to signing him this window, Football Insider understands.

The playmaker, 22, has emerged as a top summer target for both Premier League clubs after an outstanding campaign at Loftus Road.

A West Ham source has told Football Insider club chiefs are playing a waiting game as they have to sell before they can buy this summer.

West Ham have registered their interest in Eze and are hoping Palace cannot strike a deal before they are able to enter the formal running.

Palace had an offer worth £12million including add-ons rejected by QPR last month and are planning to return to the negotiating table with an improved offer.

That could force West Ham to make a matching offer or force them out of contention completely.

QPR are expected to cash in on Eze if their 16m asking price is met.

The west Londoners know the attacking midfielder has entered the final year of his contract – which is believed to include an option of a further 12 months – and this window represents their last real chance of securing a mammoth price. 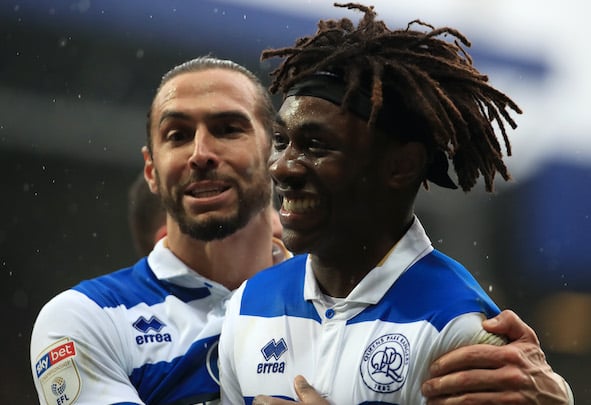 The former Millwall man has dazzled for a mid-table Championship team, scoring 14 goals and providing eight assists from QPR’s 46 league matches this season.

The QPR man is so highly rated that the club’s director of football Les Ferdinand even tipped him to make the England squad for next summer’s European Championships.

In other news, it can be REVEALED that a West Ham star has jetted out for talks over a big-money transfer.