West Ham are weighing up whether to pay a seven-figure fee to terminate Mario Husillos’ contract and bring in a new director of football, Football Insider can reveal.

The Argentine recruitment chief’s job is under threat as a result of a series of signings that have failed to live up to expectations since he was appointed in the summer of 2018.

A West Ham source has told Football Insider that Husillos’ position is on the agenda as the club review the performances of the new arrivals he recommended.

The Londoners would have to pay a termination fee if they offload the 60-year-old, who signed a three-year contract worth more than £1million-a-year when he joined shortly after Manuel Pellegrini.

The West Ham board are particularly unimpressed by the signings of goalkeeper Roberto Jimenez and creative midfielder Pablo Fornals, deals that both have Hussilos’ fingerprints on them.

The Hammers also spent a club-record £45m on Sebastien Haller, who was dropped by Pellegrini in favour of Michail Antonio to spearhead the attack last Saturday, in the summer. 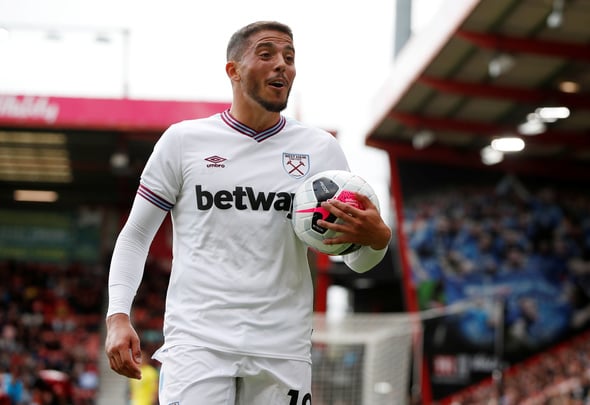 They expect Haller to eventually come good, but are ready to sell Jimenez at the first attempt in January and have serious doubts over whether £24m arrival Fornals can thrive at Premier League level.

Husillos joined West Ham after fulfilling the same role at Malaga, where he had previously worked with Pellegrini.

In other West Ham news, it can be REVEALED that the club’s new first choice is “VERY KEEN” to land the manager’s job amid developments.