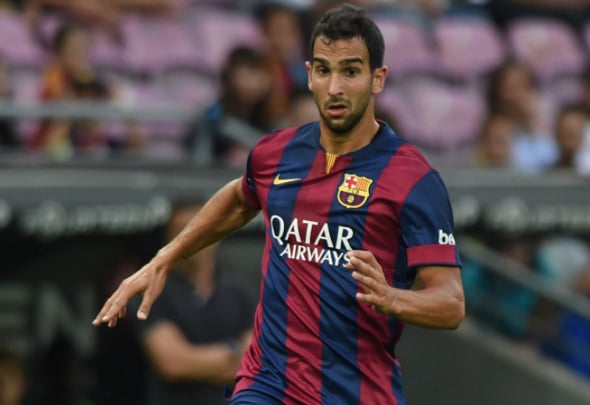 Southampton and Brighton are both looking to bring in a new right-back before the close of the transfer window and they have targeted a move for former Barcelona defender Montoya.

Montoya has been pushed down the pecking order at Valencia following the arrival of Cristiano Piccini to the Mestalla this summer.

Valencia are prepared to listen to offers for the 27-year-old and Premier League duo Southampton and Brighton are hoping to lure Montoya to England despite interest from Real Betis to keep him in Spain.

Montoya came through the famous Barcelona La Masia academy and spent five years in the Barca first-team before leaving for Valencia in 2016.

He has a Champions League winners medal from 2014/15 and three Spanish title wins under his belt.

He has made 67 appearances for Barcelona and 62 for Valencia, and made the bench for a Spain international, but has never made it onto the pitch.