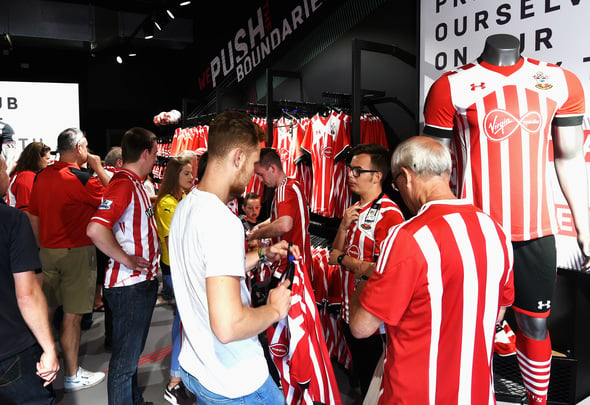 The finance expert and new Football Insider columnist spoke exclusively after the Saints announced they had cut ties with previous manufacturer Under Armour, with the American company undergoing a “shift in marketing strategies.”

The Under Armour deal still had two-and-a-half years to run but will now come to an end at the close of the 2020-21 season.

Southampton have announced that they are back with Hummel!

Could we see the return of some of their classic designs? pic.twitter.com/VT5y16m2VO

Hummel, a 98-year-old Danish sportswear giant, has stepped in to provide the kit for Ralph Hassenhutl’s European football-chasing side.

Maguire believes that the deal makes sense for all three parties, especially considering the historic relationship Southampton have with Hummel.

“There are two issues here,” he told Football Insider.

“My understanding is that Under Armour are pulling out of team sports to concentrate on sponsoring individuals. Therefore, Southampton deal, which still had two-and-a-half years to run, didn’t fit in with their strategy.

“From what I’ve heard, the Hummel deal will be broadly worth the same. Southampton wouldn’t walk away from that deal if they were gonna be worse off financially.

“So I think they’ve said to Under Armour: ‘Provided we can get somebody who will match what you’re paying us, we’re willing to go along with what you want.’

“I think everybody’s a winner here. As you say, Southampton have a historic relationship with Hummel. They used to produce some really nice kits for them so I think there will be a romantic association with them as a former kit manufacturer.

“Under Armour, it allows them to go in the direction they want to go.” 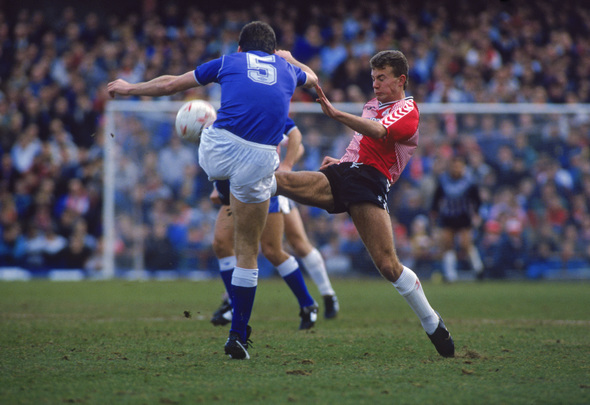 Hummel produced Southampton’s kits between 1987 and 1991, with Colin Clarke, Matt Le Tissier and Alan Shearer among the players to sport the designs.

The 1987-88 home kit, modelled on Denmark’s iconic 1986 World Cup shirt, has become something of a cult classic among Saints fans and kit collectors at large.

In other news, a former England star has urged Tottenham to sign one of Southampton’s star players.