Leeds had a £2.5million bid accepted by Peterborough for wide forward Marcus Maddison in the last January transfer window.

Posh director of football Barry Fry revealed that the Yorkshire giants made a formal move for the prolific winger 12 months ago.

Fry, the man in charge of all transfer negotiations at the ABAX Stadium, explained that ex-Elland Road boss Steve Evans pushed strongly for Maddison, who has also attracted strong interest from Aston Villa, but the board were unwilling to seal the deal.

““We have had no bids for Marcus Maddison since we accepted a £2.5 million offer from Leeds when Steve Evans was the manager last season,” Fry told the Peterborough Evening Telegraph. “The owners at Leeds wouldn’t see the deal through though.

“Aston Villa have watched Marcus, but they have not bid for him.”

Fry made the revelation on Friday as he gave some insight into the League One club Peterborough’s January dealings.

Maddison, 23, is widely regarded as one of the outstanding attacking players in League One and has been tipped for a transfer to England’s second tier.

The Newcastle academy graduate has been prolific this season, scoring six goals and supplying 10 assists from 21 league matches this season.

His record in League One is also impressive, with his 89 league matches yielding 24 goals and 29 assists.

Fry did not say whether he was aware of continued Leeds interest in Maddison, although the club are known to be in the market for attacking talent this month.

Manager Garry Monk has said he “definitely” wants to sign a new striker, while the Championship high flyers are also believed to be prioritising a winger signing. 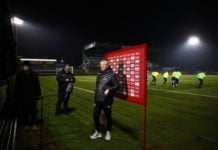