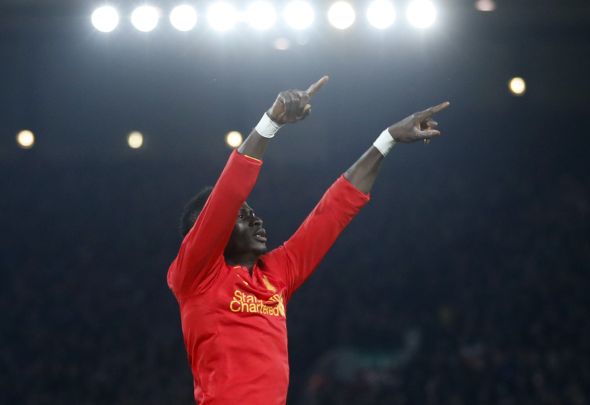 Liverpool travel to the King Power Stadium as they look to take advantage of the Foxes inability to score a league goal, which has seen them draw a blank in their last five top-flight outings.

In a video published by BoyleSports’ official Twitter account, Collymore claimed Liverpool will secure a comfortable 2-0 victory and 24-year-old Sadio Mane would score both goals.

“Liverpool have no problems,” Collymore predicted. “They’ve rested players in the week, and now they’ll be ready; they should be on the bridal against Leicester.

“The Reds are stunning on the counter attack and Sadio Mane is back. I’m going for Leicester City nil, Liverpool two and I’m going to go for Mane to score both of Liverpool’s goals.”

2+ goals from this in-form player for @StanCollymore as his two old teams Leicester & Liverpool face each other in some MNF action! #LeiLiv pic.twitter.com/bK8UV9ncOE

Liverpool will have to do without captain Jordan Henderson, though, who has been ruled out with a foot injury and could also remain a doubt for Saturday’s clash against Arsenal.

The Reds finally secured their first Premier League win of 2017 against Tottenham last time out, and will be hoping to build on that with a victory against managerless Leicester.

They will be buoyed by the fact that the Foxes have lost their last five top-flight matches, as they struggle to replicate last season’s wonderful season that blew away expectations.

Three points against the Foxes will see Liverpool rise from fifth to third, leapfrogging Arsenal and Manchester City who were not in action this weekend.

In other Liverpool news, Roberto Firmino can exploit the Leicester defence and here is why.

We’ve launched a << BREAKING NEWS FEED>> exclusively for your club. ‘Like Us’ on Facebook by clicking here if you want 24/7 updates on all Liverpoool breaking news.