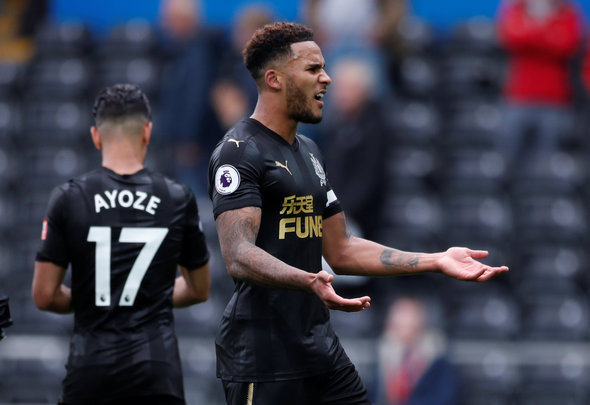 Former Newcastle United striker Craig Bellamy believes that Jamaal Lascelles is yet to prove he has what it takes to be called up for the England squad.

The Magpies’ captain has received many plaudits for his bright start to the season, including a nomination for September’s Premier League player of the month, with the 23-year-old having demonstrated his ability at both ends of the pitch.

He has continued his impressive partnership with Ciaran Clark at the heart of defence, while has also been the Magpies’ match winner twice this season, netting against both Swansea City and Stoke City.

His impressive form led to fans and pundits questioning whether he was worthy of a call up to the national side, although he missed out for their final World Cup qualifiers against Slovenia and Lithuania.

However, Bellamy, who spent four years on Tyneside after joining from Coventry City, believes the Newcastle defender is yet to prove the consistency, although states that if he continues his current form then he could be in with a shout.

Speaking on Sky Sports’ podcast The Debate (11/10), he said: “He’s started well this season. I’d like to see a little bit more.

Lascelles has appeared in every one of the Magpies’ league games this season, helping the club into ninth sport after seven games, with three wins and a draw under their belt.

Since arriving from Nottingham Forest, he has gone on to make 75 appearances for Newcastle, scoring seven goals.

Rafael Benitez handed Lascelles the captain’s armband ahead of the club’s campaign in the Championship last season, and he was pivotal in helping the club return to the Premier League at the first time of asking.