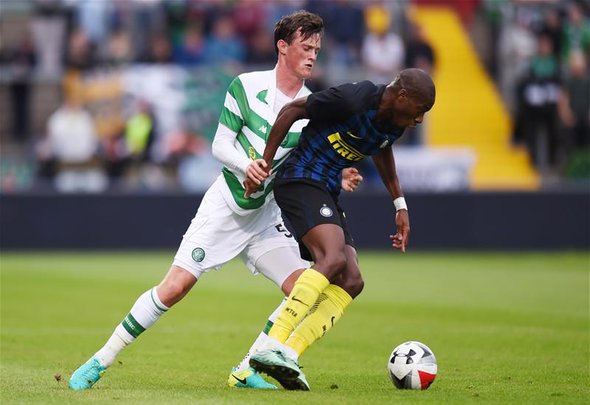 The 24-year-old midfield enforcer was reportedly scouted by the Premier League outfit last week, with the club believed to be considering a summer approach.

Mauricio Pochettino is understood to want to add greater depth to his midfield options, despite already having reliable resources in Victor Wanyama, Mousa Dembele and Eric Dier.

Kondogbia is currently under contract at Serie A giants Inter Milan, whom he joined for £30million in 2015, but could be sold this summer after failing to live up to expectations.

WhoScored stats expert McAleer, meanwhile, believes that Kondogbia would be a perfect choice for Tottenham this summer, should Pochettino pursue a new midfielder.

He wrote for TalkSPORT: “Kondogbia isn’t without is admirers, with his powerful runs from midfield certainly impressing potential suitors. It’s here where Spurs can improve their options in the middle of the park, with Kondogbia perhaps viewed as a successor to Dembele.

“Indeed, a dribble success rate of 88% is the second best in Europe’s top five leagues this season of the 266 players to attempt 50 or more dribbles. Once he gains a head of steam, Kondogbia is incredibly difficult to stop.

“He ticks all the boxes to boost the Spurs midfield and would undeniably improve the team in the middle of the park, which is pivotal if they are to avoid another early Champions League exit, qualification permitting.”

Kondogbia has shown glimpses of his top form with Inter this season under the current stewardship of Stefano Pioli, who values the midfielder as a key asset.

The five-time capped France international has started 11 times in Serie A under Pioli, with the former Lazio boss arriving at the club in early November.

But he was not held in quite such high regard under Pioli’s predecessor, Frank de Boer, making just three league starts.

However, the late resurgence of the ex-Sevilla and AS Monaco talent may not save him from facing the chop this summer, with Pioli in line to be handed an incredible £127million budget for a major squad overhaul.

In other Tottenham transfer news, Chelsea are set to go to war with Spurs over the signature of this £25million-rated ace.