Darren Bent admits he is baffled that Tottenham are closing in on a deal for PSV Eindhoven winger Steven Bergwijn this month.

The former Spurs and England striker, speaking exclusively to Football Insider assistant editor Russell Edge, says that the Lilywhites already have a wealth of options in attack and that he does not understand why they would sign another wide man.

As exclusively revealed by Football Insider, the north Londoners have already agreed personal terms with the 22-year-old and the Dutch side confirmed on Tuesday morning the player was travelling to England to complete the move.

Bent says that with the likes of Lucas Moura, Heung-min Son and Erik Lamela already at Jose Mourinho’s disposal, he does not think Bergwijn should be the club’s priority signing this month.

“Yeah, I get that he’s a very good player but is a winger another one that they need? Is he someone that’s again going to change lives? They’ve got a lot of talented wingers there.

“They’ve got Lamela, you’ve got Son, you’ve got Lucas Moura? Do you need all these so-called wingers, with another one in the building? I don’t think you do.

“So for me, I would go, stay away from it. Spurs, they’re trying to get some good players in but I thought the priority would be a centre-forward.” 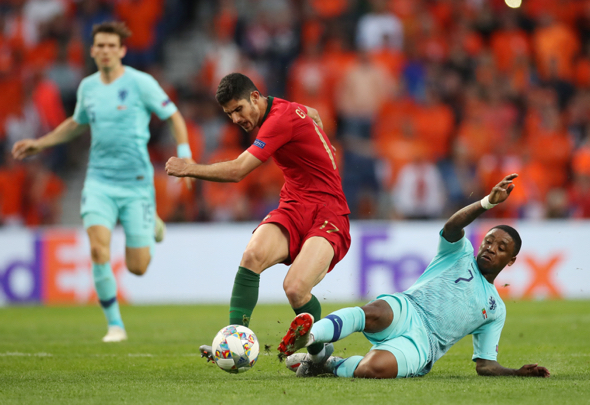 Bergwijn, who came through the youth system at PSV, has been a mainstay for the Dutch side this season, playing 29 times, scoring six goals and chipping in with a further 13 assists for his teammates.

The nine-cap international is a versatile attacker who has played all across the front line in recent seasons.

In other Tottenham news, it can be REVEALED that Spurs are willing to sell a defender before the end of the window.